I've managed a couple of small trips into Suffolk Breckland over the last couple of weekends. The first was a moth trapping trip which yielded only a few moths, although there was a lifer in the form of Great Prominent. There were also a few night time beetles including this new carabid, the incredibly leggy Leistus ferrugineus. 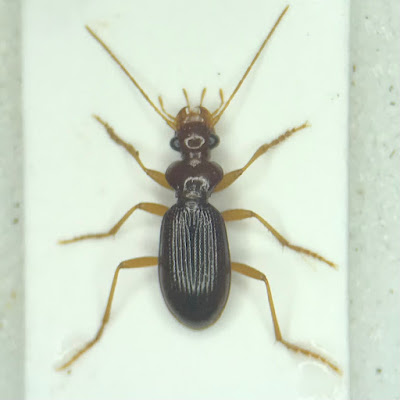 This weekend I visited a couple of sites around Lakenheath and spent a pleasant hour or two on my hands and knees grubbing around under rabbit-cropped vegetation looking for ground beetles and weevils.

The ground is very sandy with a fair amount of slightly larger pebbels and is continually disturbed by rabbits and a fair number of dog walkers judging by the amount of dog shit I had to contend with. 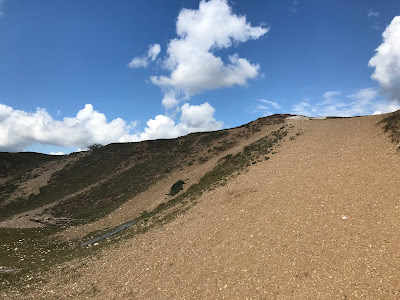 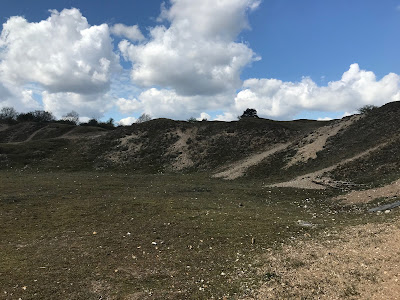 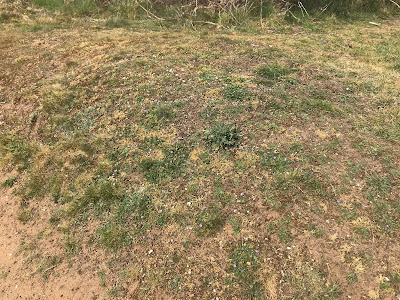 I was using a fork to lift up the plant rosettes that hug the ground, in order to spot any beetles that might be hiding underneath . I think the most numerous beetle was the click beetle, Cardiophorus asellus. They seemed to be present under most of the larger patches of vegetation and larger stones. This is a species that I've only ever seen once before, at the Lodge RSPB reserve. I was initially excited to see one again before rapidly finding them everywhere I looked! Still a nice beetle to see and a family that has rapidly grown on me having initially dismissed them. 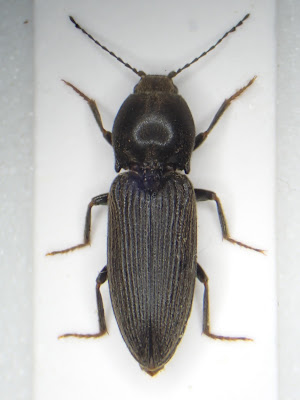 I did manage to find a few new species but numbers of individuals weren't large plus I dipped on my main target of Hypera dauci, so will have to keep looking for that particular weevil.


The ground was so unbelievably dry so it's a relief to have some rain turn up tonight and I do hope we get a half decent amount as my water butts are empty and my pond is very low indeed and could do with a top up.