Take me to church

It's all been a bit quiet again. I keep sieving my heaps and doing the odd bit of suction sampling but natural history has been confined to the garden of late so there's been nothing much to blog about.

In an effort to do something ever so slightly different today, I went to church for my lunchtime walk. However, I didn't venture inside but had a wander round the small graveyard to look for any inverts that might be trying to warm themselves in the sun. The air was cool but in the many sheltered sunny spots the temperatures were fairly decent. 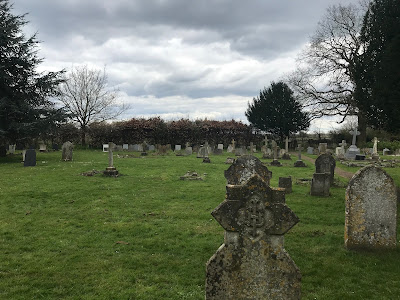 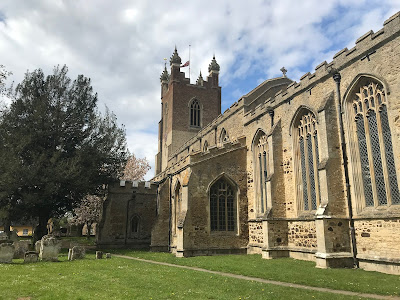 The back of the churchyard is overrun with both Ground elder and Alexanders and the latter, just coming into flower, was home to several species of ladybird

I also found this very cool looking moth resting on the back of a bench. It's an eriocraniid and I think only a couple of species are doable from photos and pretty sure this isn't one of them. The slightly purplish tinge to the wing is an artifact from the TG6's photo stacking, rather than the moth's actual coloring. 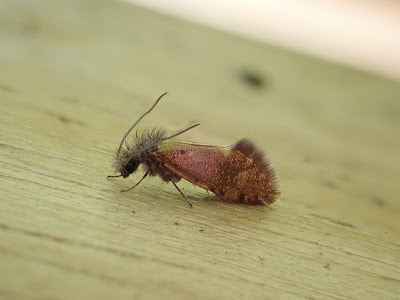 There were a large number of flies loafing about on gravestones and so I employed my poor net skills to pot a couple for further examination. I took a couple of metallic green looking ones hoping that they would be calliphorids and therefore there would be an excuse to use the new key that arrived a few weeks ago. 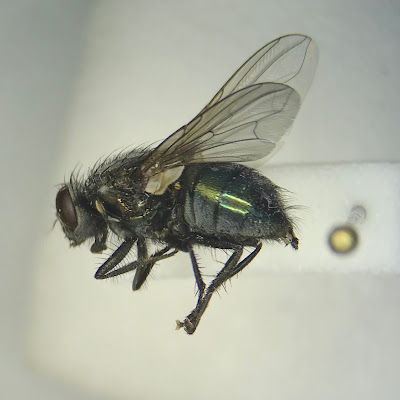 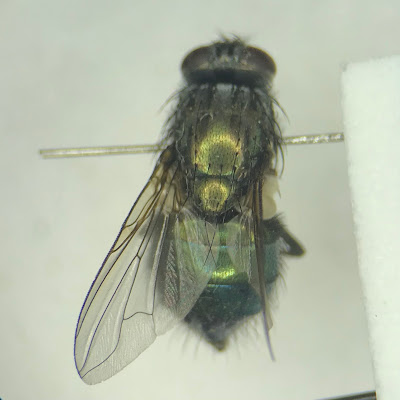 However, it wasn't to be and I quickly worked out that they were in fact both muscids and so posted them on the Diptera FB group hoping to get confirmation that I was in the right ball park and get some help locating a key. I was given an ID of Eudasyphora cyanella and I then managed to locate a key. In fact it turns out Mike Hackston (he of the oft used free online beetle keys) has also done a whole load of diptera keys. Result. And good to know.