I first started to identify beetles in 2014, but it was the following year when I started to make more of an effort to take specimens and get these double checked by someone with more experience to make sure any records I made were valid.

In the following three years I've got a bit better at identifying certain families but I still require a fair bit of help from time to time. Certain groups such as Amara and Aphodius I've found quite a struggle and so I have managed to amass several specimens where I just can't nail an ID.

But help has recently been at hand! Last Saturday, I was lucky enough to attend the BENHS Carabid workshop at Dinton Pastures run by Mark Telfer and Johan Walters. 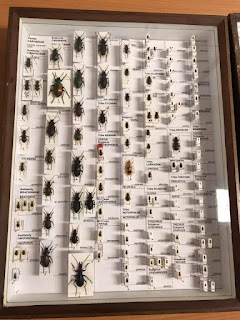 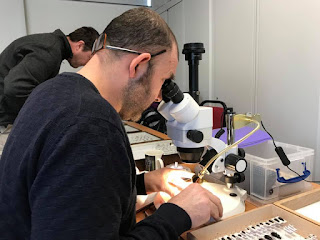 It was a good chance to meet fellow beetle enthusiasts and put some faces to names. It was also the perfect chance to get a name to some of my mystery beetles. Luckily Mark was very generous with his time and I was able to go through several specimens and get his expert opinion.

One of the Amara in my box rather unexpectedly turned out to me Amara majuscula. This was only recently discovered in the UK at a moth trap in Norfolk and couple of subsequent records plus one earlier one have come to light. Chronologically, my record which was 1.vii.2015 and turned up in my moth trap, is the second record for the UK. Not bad for a garden in suburban Cambridgeshire!

Mark has given majuscula the English name Predicted Sunshiner, because the arrival of this species in Britain was predicted by Carl Lindroth in a 1972 paper but it took another 43 years to come true!

Anyway, if you want a good key to this genus I'd recommend Mark's very helpful key. It's certainly helping me learn to love Amara.

But what does Amara majuscula look like, I hear you ask? 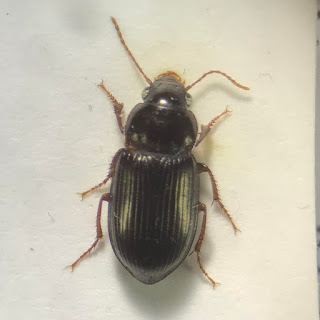 A right stunner ;)
Posted by martinf at 8:35 PM No comments:

I found a few of these danglers attached to an Aphodius rufipes that had wandered into the moth trap. 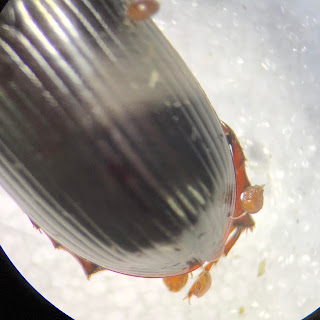 They appear to have limbs, possibly 8, so wonder if they might be some kind of mite hitching a ride. But they are attached by a short filament rather than clinging on with legs or mouth parts so am slightly at a loss as to what they are exactly....

Answers on a postcard....

Update: apparently these are Uropodidae mites
Posted by martinf at 9:14 PM No comments: