A new longhorn species for me on my lunchtime walk today, Stictoleptura scutellata.

Seems to be increasing at the moment. The larvae develop in the dead wood of some species of broadleaved trees, but seem to be especially fond of beech, and take 2-4 years to develop. This one was found flying about between some silver birch and flowering bramble. 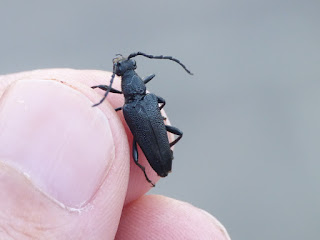 The scutellum should have yellow pubescence but I guess it's rubbed off on this one. Apart from that. It's big and it's black.

Gives me the following earworm

Posted by martinf at 6:58 PM No comments:


Furry Pine Hoverfly Callicera rufa used to be restricted to the Caledonian pine woods of Scotland, but in a slightly bizarre entomological mystery it then turned up in a couple of west English counties in 2011. Had it moved south or come in from the continent? Naturally or on imported timber? I'm not sure if anyone actually knows.

It turned up recently at the RSPB's headquarters at the Lodge and another one was found last week prospecting a damp rot hole on a felled pine tree. Exactly the sort of place that the larva develop. I manage to 'twitch' it and took this rather shit phone footage,

I wonder if this species will spread and if it will be relatively commonplace in 5-10 years time.

Posted by martinf at 7:21 PM No comments:

Until today, I didn't believe that clearwings existed. People talked about them but I had no evidence that they were actually a tangible entity.

Until today. Today, one of my lures actually worked. Most seem to be duff but one of them finally pulled in one of these mythical creatures. Unfortunately, it came in, flew around, landed, let me look at it and then I failed to net it and it flew off. So I have no record except that which was burned upon my retina.

Yellow-legged Clearwing. Lovely. Now for the rest of them.....

I also had two new micros for the garden in the MV last night.

Blastodacna hellerella and Ancylis achatana both rather lovely looking things and both feeders on hawthorn. And there's quite a bit of that about . 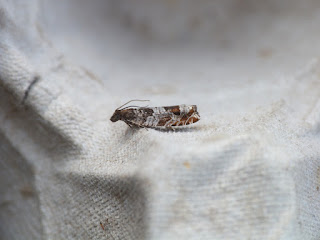 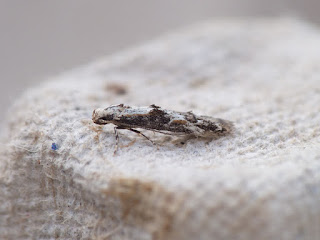 Posted by martinf at 7:27 PM No comments:

The last Bank Holiday in May saw us decamp to NW Cumbria for a four night break. The weather was utterly amazing, wall to wall sunshine and decent temperatures. I'd never been to this part of the world before, the beaches were stunning and the lack of large numbers of people much appreciated. 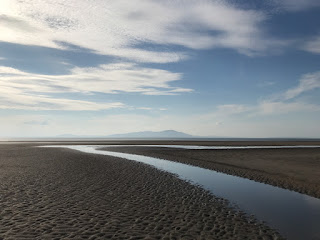 We visited Bowness on Solway and the RSPB Campfield Marsh reserve (much recommended) but it was a trip to Drigg Dunes just north of Ravenglass that was top of my list of destinations.

The northern most population of Northern Dune Tiger Beetles Cicindela hybrida is found here and they were incredibly easy to see just south of the access to the beach. Lots of them though rather flighty I did manage a few quick shots.

Their habitat is distinctly different from their southern counterpart, comprising sloping and more fluid sand dunes. There were also some Green Tiger Beetles Cicindela campestris in amongst them. 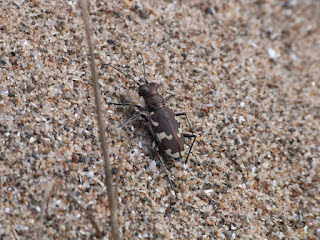 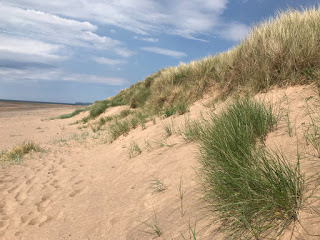 There was a supporting cast of other beetle species including large numbers of Otiorhynchus atroapterus on the Marram grass. 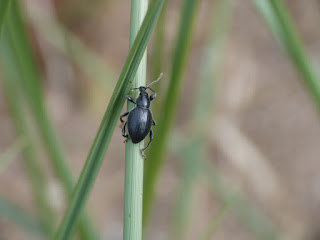 And several Broscus cephalotes were under debris and running about the strand line. 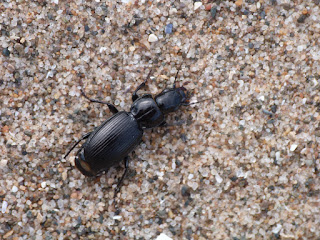 Unusually for me I did notice and photograph a couple of spiders that caught my eye. The first, Arctosa perita, due to its beautiful colours and yet amazing ability to vanish when it stopped moving. The colours well-matching those of the sand. 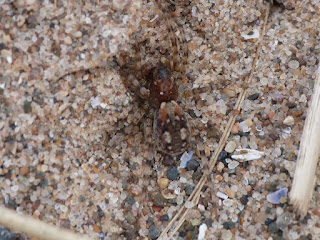 The other one was a small jumping spider, a Heliophanus species, possibly flavipes if the pale legs are anything to go by. Rather cute and was completely unfazed as I got in close for a snap. 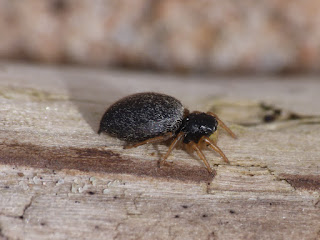 Posted by martinf at 7:29 PM No comments: