I still have a couple of beetles to key out from the autumn but I won't have time to get the microscope out until next week so this species becomes my last species of 2014.

I know I've seen these before but had never actually bothered to identify one. 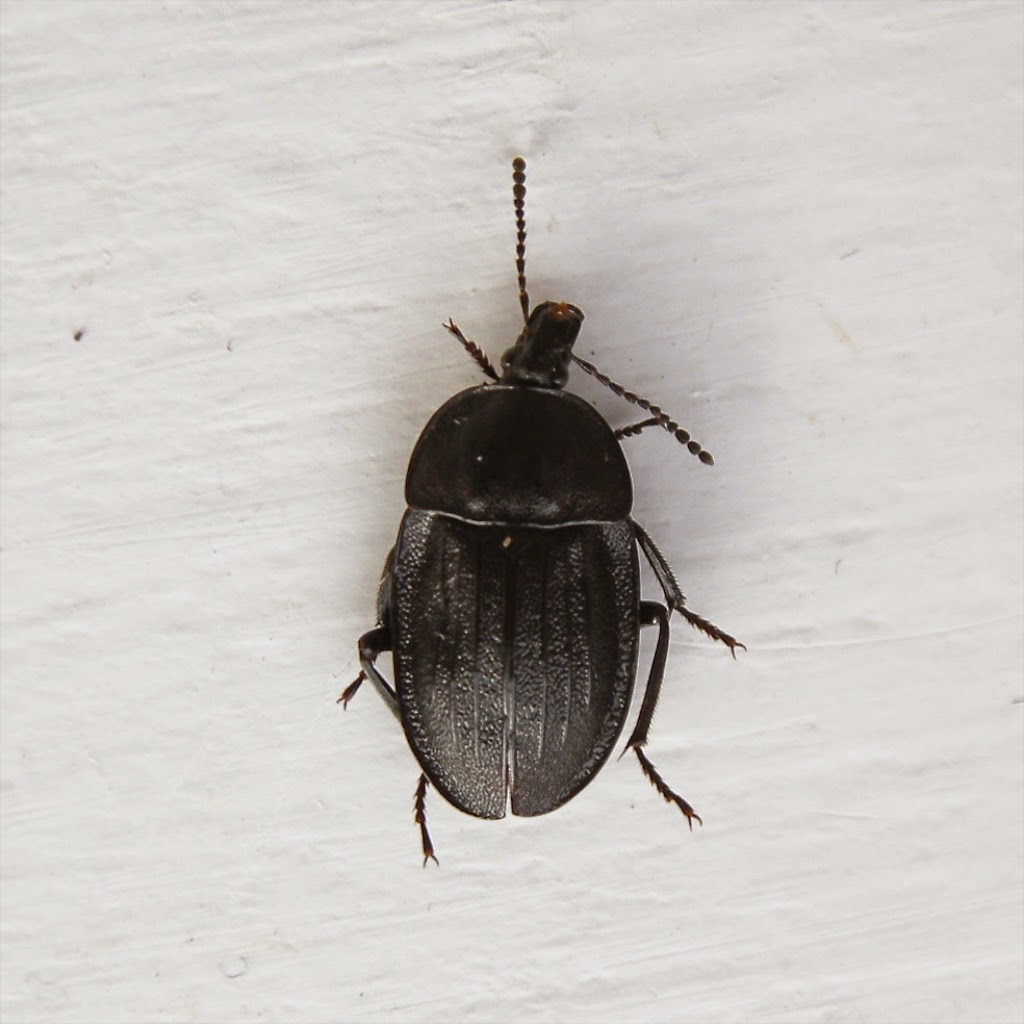 This is a Black Snail Beetle Silpha atrata that came to the garden moth trap on the 31st of October (and I forgot about).

It's one of the Carrion Beetles (Silphidae) but this is apparently a snail predator rather than a carrion eater. It's elongated head (as well as shiny elytra with distinct ridges) is a give away to its identity, and has evolved (I would guess) to help it get into the shells.

It's a widespread species according to the literature and the NBN map. 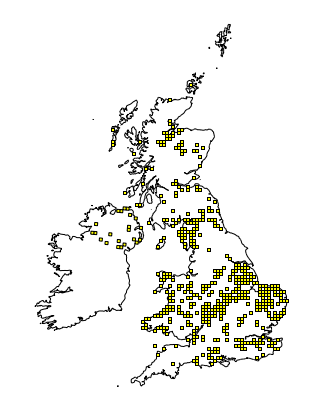 Beetles have provided a whole new impetus to nature recording this year and I'm looking forward to seeing what I can find in 2015!
Posted by martinf at 8:03 PM 1 comment:

2014 has a been a really fun year nature recording wise. Having had a bit of a break for a few years while bringing up small kids and renovating houses, it's been nice to get back into observing and recording, and especially to learn new things.


I ended 2013 by joining iRecord and vowing to upload my sightings and have been true to my word throughout the year, with the exception of most bird records. Weirdly I now find I lack the motivation to keep an up to date notebook for birds.

I've run the moth trap throughout the year and this has set me a target to beat for 2015, species wise.
I also went on a Carabid beetle course run by Brian Eversham which opened up my eyes to a whole new world and have since been dipping my toes into the joys of beetles. I recorded a paltry 43 species during the later half of the year but this area is my main aim for 2015. I'm not sure about setting an actual target but I'll be happy if I see 100 new beetle species during the year.


One of the (many) areas that I lack a good knowledge in is vascular plants. My other New Year's resolution is to familiarise myself with more plant species, especially those around my local area of South Cambridgeshire.


So, looking through my 2014 records I've recorded 374 species in total, the vast majority being moths. Not a huge amount and there are a lot of birds, plants and mammals that I haven't added.

Given this, my 2015 aim to see 1000 species in the UK over the course of the year. Hopefully this is an achievable goal, fitted in around family and work commitments.

Posted by martinf at 6:47 PM No comments:

There's been a few purchases on the nature book front this year. Probably too many but I guess that's the nature of the hobby.

My favourite of the year has been Britain's Habitats: A Guide to the Wildlife Habitats of Britain and Ireland from WildGuides.

The blurb says it all really


"A photographic guide to habitats, this lavishly illustrated book provides a comprehensive overview of the natural history and conservation landscape of Britain and Ireland. In essence a field guide, Britain's Habitats leads the reader through all the main habitat types, with information on their characteristics, extent, geographical variation, key species, cultural importance, origins and conservation. It aims to help visitors to the countryside recognise the habitats around them, understand how they have evolved and what makes them special, and imagine how they might change in the future."

It's been sat by the bed for the last month, being dipped into on occasion, and while not earth shattering in its content is just a rather lovely overview of the habitats of these islands. It just makes me want to get back out there and discover some more bits and pieces. And that has to be a good thing.

The book that came a close second was Slugs of Britain and Ireland: Identification, Understanding and Control. 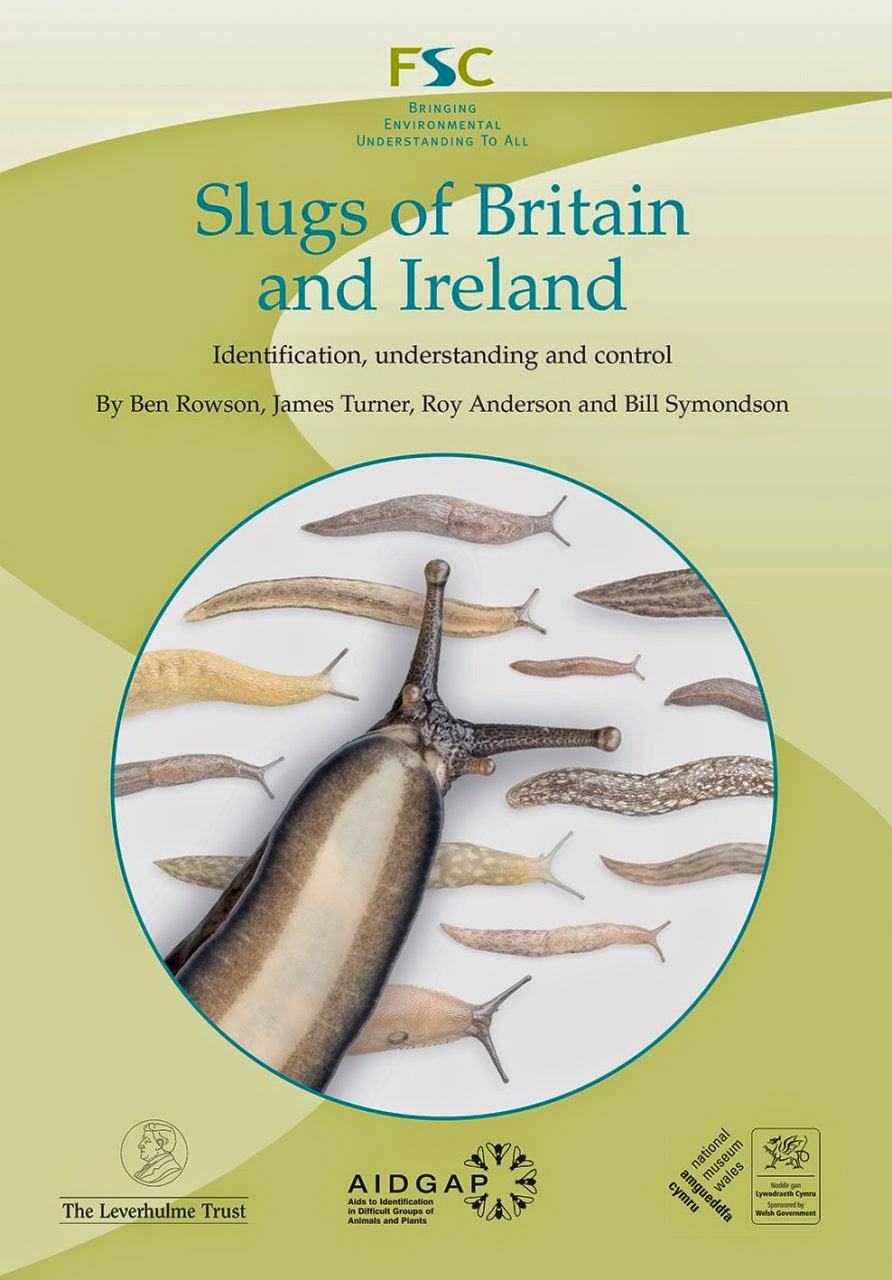 I really like what AIDGAP is setting out to achieve, and this book is the best of the lot.
The layout is really well thought through and is a joy to use and (dare I say it) comes close to making slugs sexy. 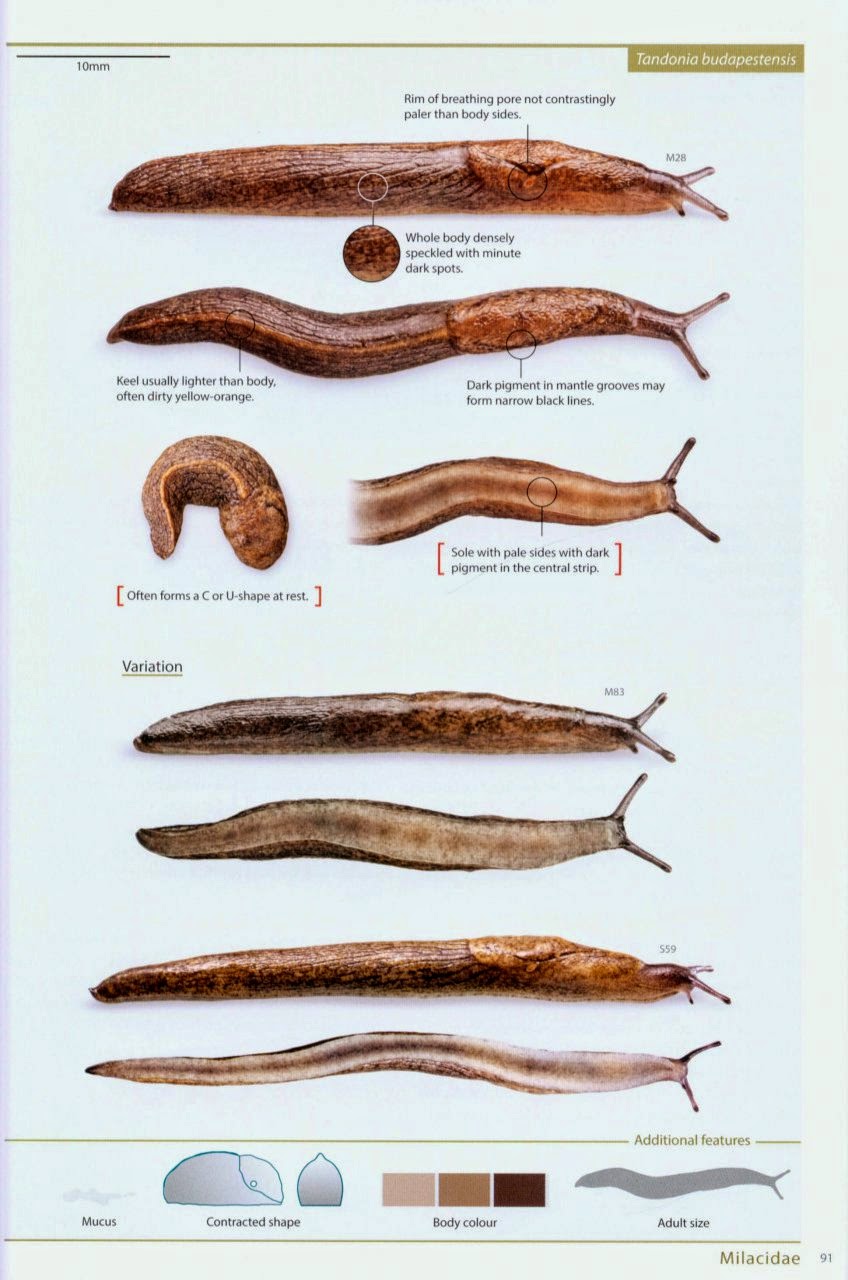 Hopefully Christmas may bring a few more additions to the ever burgeoning bookshelves!

Email ThisBlogThis!Share to TwitterShare to FacebookShare to Pinterest
Labels: books

So 2014, was my return to mothing since moving 3 years ago to a village just north of Cambridge. The village is on the edge of the fens and I had high hopes for my little skinner trap, with its actinic bulb. 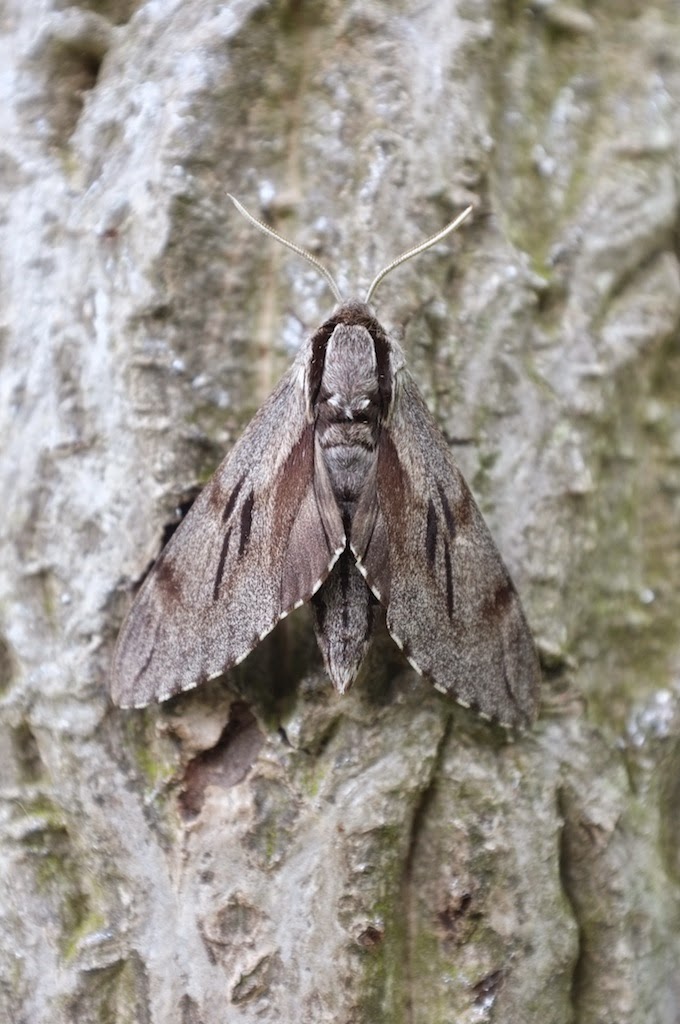 The garden is about acre with a mix of open grass, borders, some mature trees and a small orchard. The surrounding land is garden and open pasture and arable.

My species total ended up being 226 for the year and I have to admit to being disappointed with this. Numbers were never huge and there seemed to be an almost complete lack of micros and pugs.

I caught some great moths such as Goat Moth 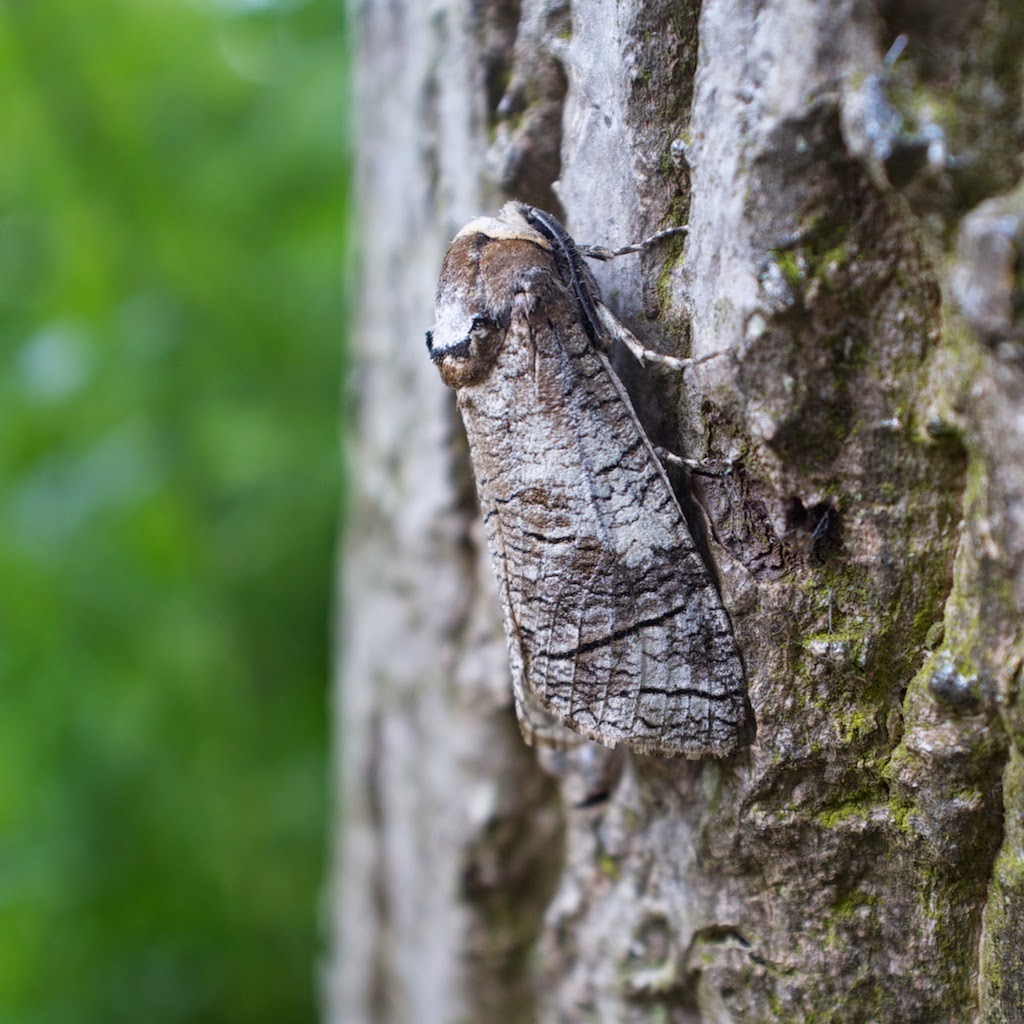 but there were lots of common stuff missing. I guess as a first full year of trapping at this site this now becomes the baseline for future years, but I would have expected to be starting from 300+. 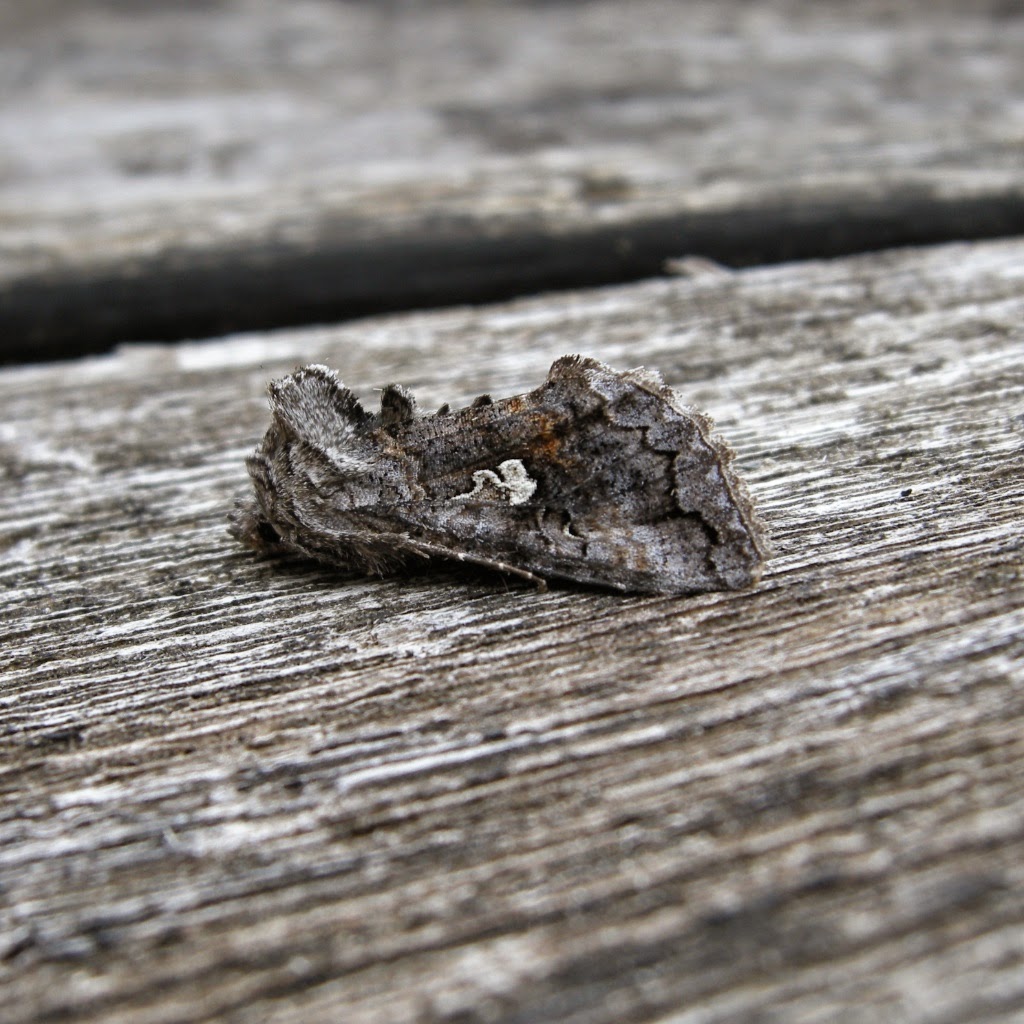 But the year finished with the looker that is a Merveille de Jour, which are always a joy to catch. 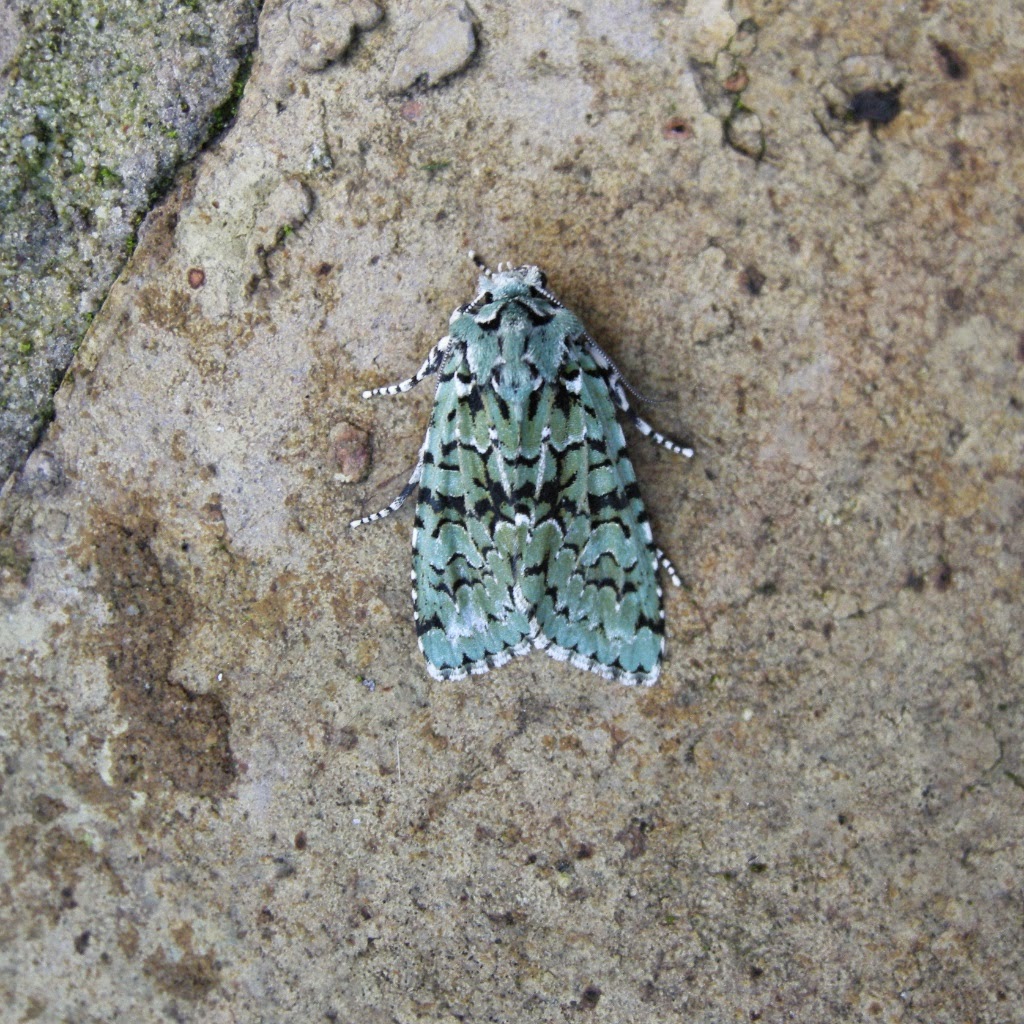 One species which was new to me was The Wormwood 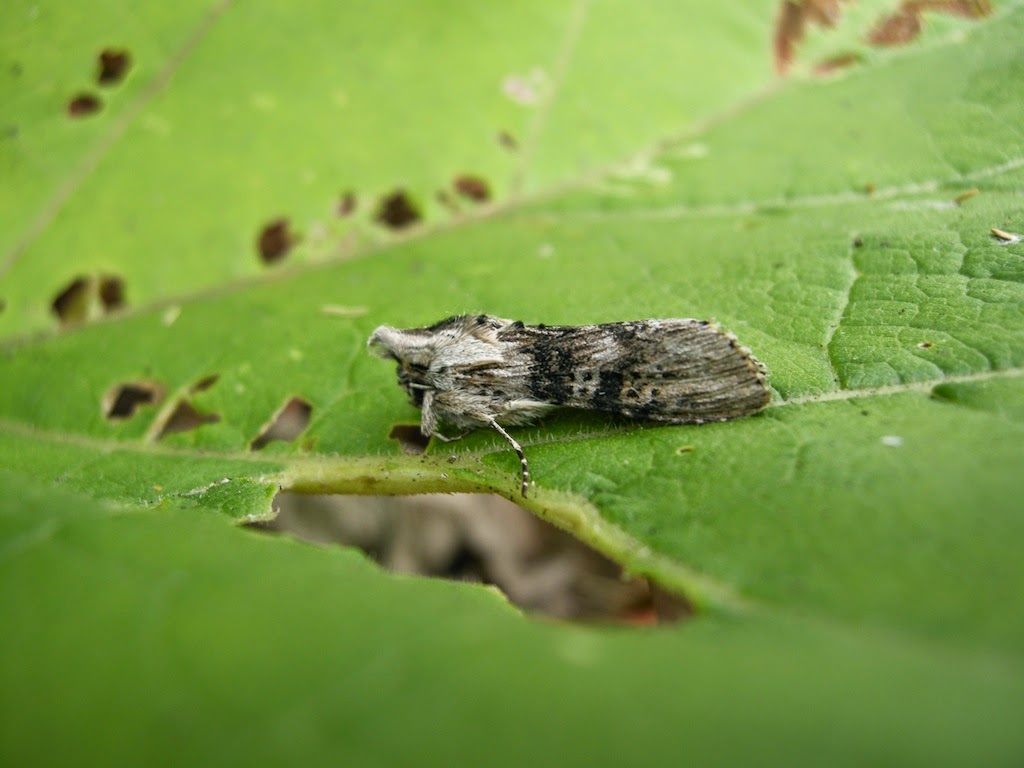 The NBN map shows a scattered distribution and I now realise that I've no idea what Wormwood (the plant) looks like so need to check that out to see if I can find any nearby. 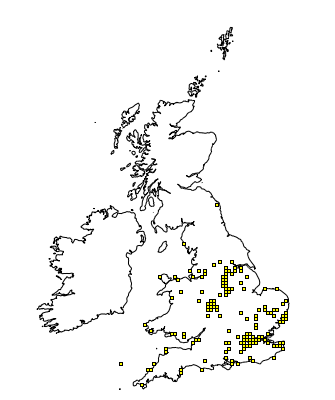 So all in all, an interesting start to mothing here and it will be interesting to see how things progress over 2015.