I've been sorting through a few Tenebrionidae recently. It is a varied family, with 47 species on the UK list.

I have one of the largest species, Blaps mucronota living under the kitchen floor boards. The one pictured here I found dead one morning.  Looking at it more closely, you can see that their eyes are an odd shape, rather slit like. Would love to know the adaptive significance of them. 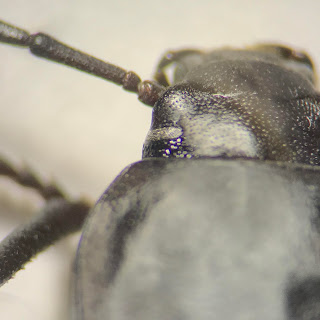 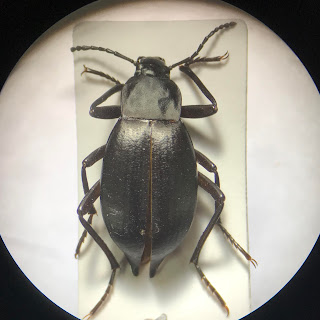 This Crypticus quisquillus was found on a path on the Essex coast and was a new one for me. It's a rather smart little beetle at only 6mm. 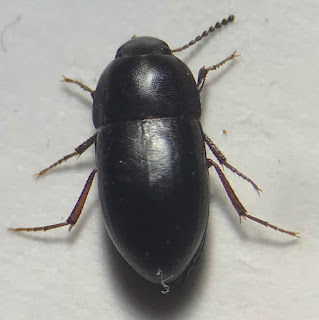 The one that I find most often and usually think is an Amara before I pick it up and have a closer look  to count the tarsal segments (5-5-4) is Nalassus laevioctostriatus. I often find it turning bits of rotten wood or heather on heathland but it does occur in other habitats too. 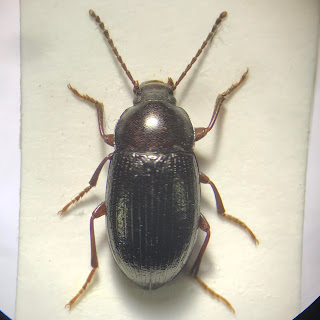 Phaleria cadaverina is found in coastal locations around England. This one I found under driftwood on the Gower in South Wales. It's forelegs appear to be adapted for digging and burrowing. 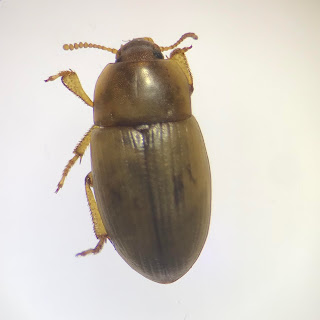 Tenebrio molitor is a fairly common and the larva are often used to feed pet amphibians and reptiles. It's often found near human habitation - this one was in my garden - and moves rather slowly making it easy to pick up. Common they may be but they are a really subtly beautiful beetle when you see them up close. 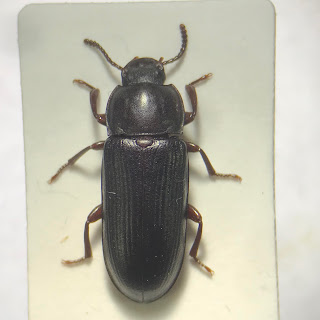 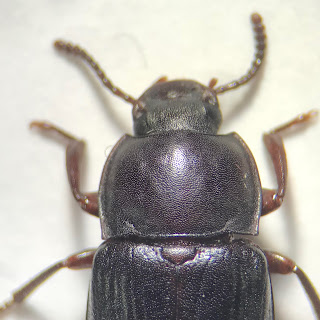 Isomira murina are also really common and vary a bit in colour. This one is a particularly dark individual. The elytra are usually browner in colour. 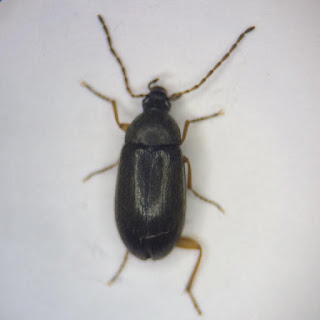 The shapes vary a bit and when you take into account other species like Diaperis boleti and Pseudocistela ceramboides it really is a very varied family indeed.

Posted by martinf at 9:14 PM No comments: