I'm just back from a few days in north Wales with work. There were also beetles a'plenty and more on those once I sort out the specimens and the images, but suffice to say that there were a fair amount of coastal and wetland weevils seen along with some new water beetles. The weather was pretty damn good too.

With the warmer weather in Cambridge and plenty of rain, the garden had just gone mad and there was lots of nature shenanigans happening including my first garden frog in the 10 years we've lived here that had decided to pay my pond a visit.

I decided that the more clement temperatures deserved a cheeky moth trap so on went the MV and I was 'rewarded' this morning with 15 species. Yes, it's much improved on recent offerings but 15 species in late May!!. Jeez.

I also hit some hawthorn blossom and beat some vegetation, resulting in two garden ticks, one of which was a new beetle. First up was a tortoise beetle. I sometimes struggle a bit with these but think but I'm pretty sure that this is Cassida vibex, new for the garden too. 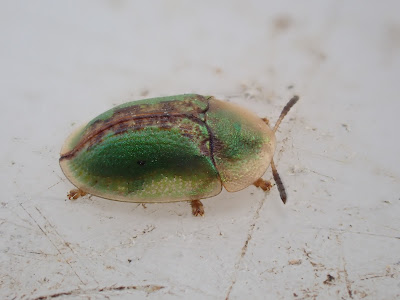 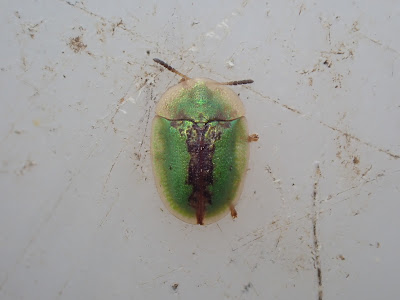 The new (for me) beetle was another small staph (see last post) at only 2.9mm long. It was another omaliinid, and keyed easily to Hapalarea pygmaea. 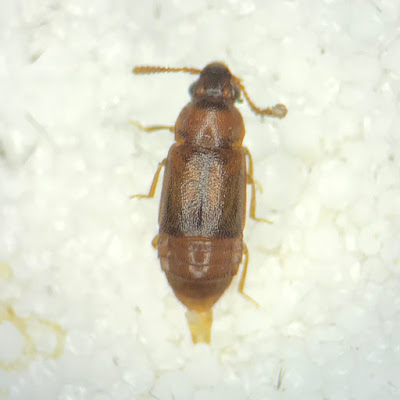 I now have the lengthy but enjoyable task of going through the week's beetle samples and IDing everything in there. Think there's some goodies....
Posted by martinf at 8:24 PM