Circle in the sand

A tea time dash across the border into Suffolk had me on my hands and knees again looking under countless rosettes of Common Storks-bill. Lifting each with a fork or pen knife to peer beneath for a particular beetle. 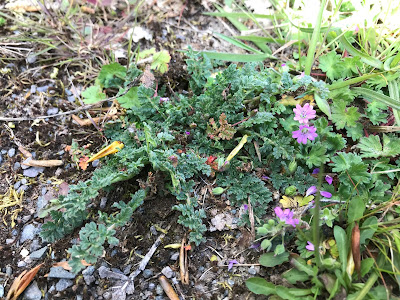 There were a phenomenal number of ants and every leaf lift seemed to scatter 10s of the things which meant I took a few attempts at getting my eye in to spot the non-ants. I found more Cardiophorus asellus plus Harpalus anxius and Amara aenea before spotting something I didn't immediately recognise. 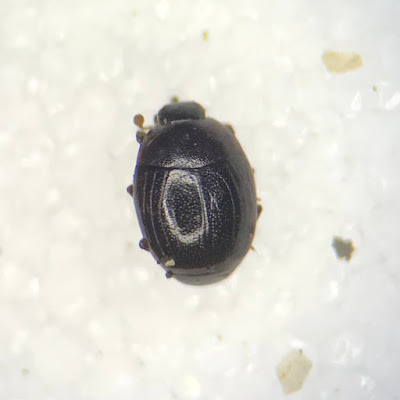 I brought this one home with me to have a closer look as it was only 1.5mm in size, a really tiny beetle. It turns out to be a new histerid for me, Kissister minimus. A rather smart looking albeit minute beetle.
After peering under a fair few rosettes I eventually spotted something sitting very still on the sandy ground looking very much like it was trying to pretend I wasn't there. I had found my quarry, the rather large weevil Hypera dauci. At a smidge over 6mm this is one of the larger weevils I've encountered. 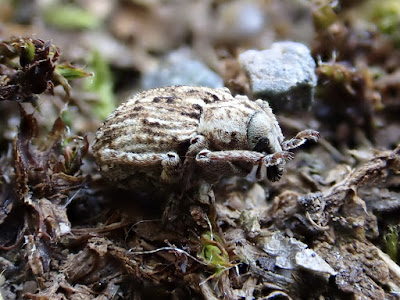 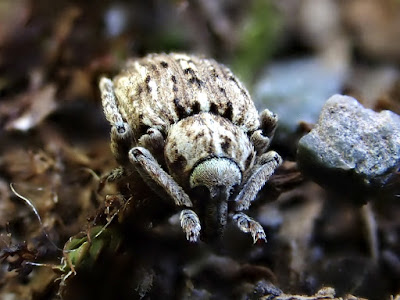 I thought that these amazing looking weevils were a Breckland specialty but a look at the NBN map shows that they have a rather split UK distribution, with coastal Welsh populations too. I assume Storks-bill and sandy, dry soils are a prerequisite though. 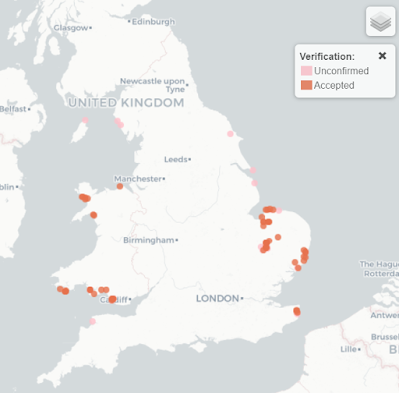 Having looked for these a few times previously it was rather pleasing to finally find a couple and I will now see if I can find them this side of the border at a couple of possible sites in Cambridgshire.

A rather apt post title inspiration from the mighty Belinda Carlisle from a time before the massive coke addiction took hold!