What's that on your coat?

In the office last week and a colleague picked something off her coat and brought it over for me to look at, knowing that I had a thing for things with 6 legs.

A quick glance and even a novice like me could tell it was one of the Aphodidae dung beetles, but which one? 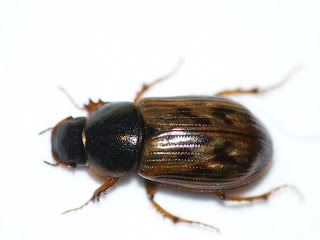 I went to the rather wonderful Dung Beetle UK Mapping Project or DUMP for short (d'ya see what they did there?) and had a crack at the key.

It eventually took a post to the Beetles of Britain and Ireland Facebook group and an answer from Darren Mann (Mr Dung Beetle UK) to put me straight.

I then figured out where I had gone wrong with the key. It was all down to a few hairs on the clypeus that I had missed.

You live and learn!

Posted by martinf at 9:39 PM No comments:

Out with the experts

I've been rather slack in blogging partly because I've not really been doing much natural history apart from finishing going through last year's beetles.

However, just over a week ago I had the opportunity to meet up with some folk for some valuable beetling experience. A trip to Wicken Fen with Mark Telfer, Steve Lane, Tim Hodge and Bill Mansfield was an invaluable experience and also added a good few new beetles to my list.

It was an opportunity to see two of the UK's top beetle experts in the field and having them to filter the IDs and explain the various ID criteria was a huge plus.

We spent most of our time sieving a couple of the big piles of cut-reed debris and turned up a good number of staphs and carabids plus some other bits and pieces. Nothing out the ordinary and we are still finalising the list but Mark recorded (I think) a new species for the Wicken list. Best looking beetle I think had to be Lordithon lunulatus. 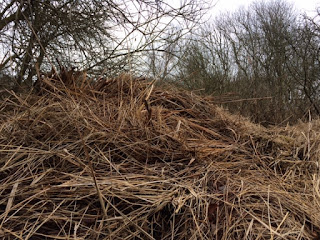 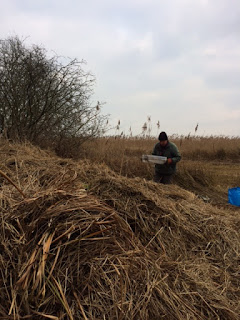 It was a cold day and even snowed as we made our way back to the car park. What was a good lesson to learn was only to collect a manageable number of beetles. I now have a set of lovingly carded beetles added to my reference collection.

Also a reminder of how good it is to get out with people who really know their stuff. You just sort of learn by osmosis (plus copious listening and question asking). 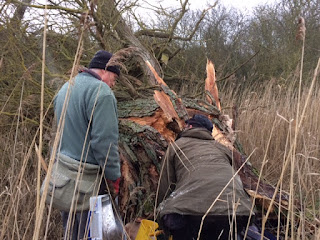 Posted by martinf at 8:43 PM No comments: