Born to blossom, bloom to perish

I always get a bit giddy at the first major irruption of hawthorn blossoms. Driving around the lanes surrounding my village I'm slightly aghast at the sudden spectacle of white. In the garden the hedge too is in bloom and there is that heavy perfume in the air, especially on recent days where heavy downpours are interspersed with strong warm sun. 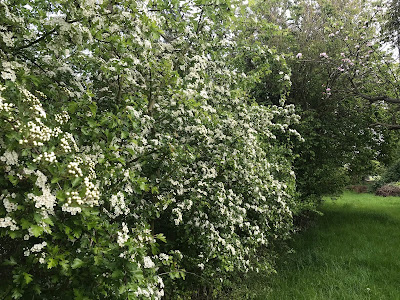 Time to get beating...

It's nice to get reacquainted with a few beetles and also to get my head around the Anaspis again. There are a lot more A. fasciata in the garden at the moment than in previous years.

It's mainly a war of attrition, zoning out the common stuff that you see every time you tap a branch over a tray, and trying to focus on the different and unique. Predictably, as they are my favourite family I'm always on the look out for staphs, and on blossom they are not encountered too often, at least not by me.

The one I find most often on blossom is this one, Dropephylla ioptera. It has fairly well defined lines of elytral punctures that distinguish it from others in the genus. It's in the subfamily Omaliinae and so has a couple of ‘ocelli’ on the back of the head, which help place this in the right ball park when keying out. 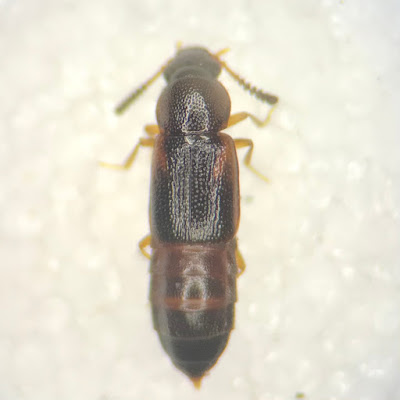 But in the garden last Friday I found a new one. Dropephylla vilis. These aren't an easy group and I had to resort to checking out its tackle to be happy with the ID. The beetle is only 2.7mm so that really is tiny tackle! 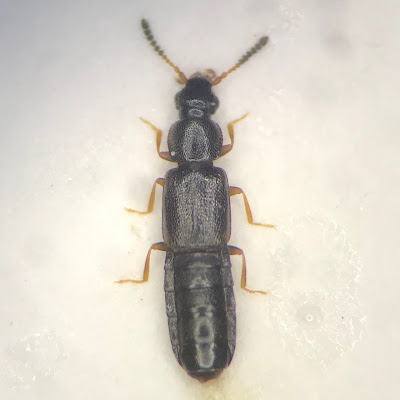 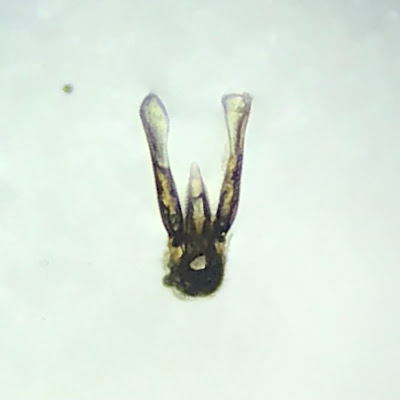 The other new beetle I found last week was a long awaited species from under some bark on a felled log in a local wood, Uleiota planatus. This is one of those species that used to be pretty rare but has really expanded its distribution in recent years. Seems to be relatively easy to find in the south east now. 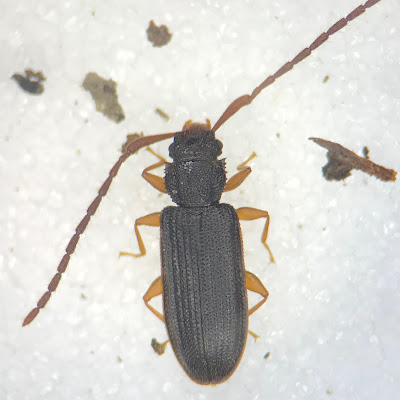 I will keep beating the hawthorn while it lasts and see what else I can find. Only one species of longhorn on it so far. Need to venture to some better sites.
Post title comes from a great bit of pop with an accompanying extravagant video. 17 years old too. Crazy....
Posted by martinf at 6:56 PM