Stunned by the last light of the sun

So despite having another weekend full of the chores, jobs and commitments associated with family, I did manage a couple of hours out this afternoon.

I decided to head out to the River Cam and check out sites for a couple of longhorn species that I've yet to see. The weather was humid with rolling clouds with the threat of rain that never came. I began looking at some arable margins, mainly to see if I could find Saprinus viridescens again. No luck this time although there were plenty of its prey, Gastrophysa polygoni. 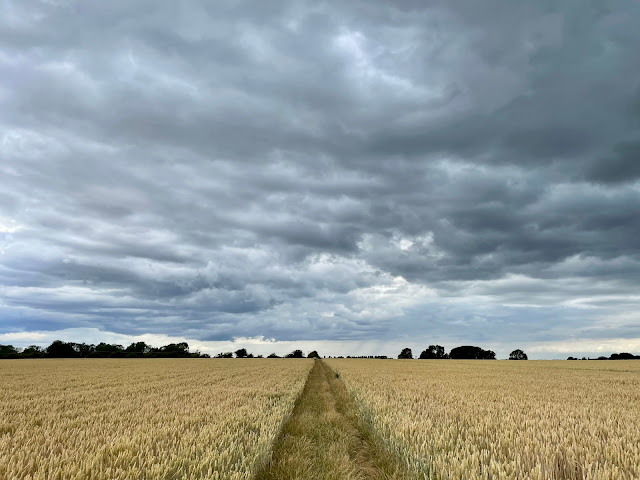 At the far end of this field I saw a carabid climbing a grass stem that I assumed would be Curtonotus aulicus but on closer inspection wasn't. I had an inkling what it was so decided to pot it for further scrutiny.

I'm glad I did as it turned out to be Zabrus tenebrioides, a species associated with cereal fields that can reach plague proportions in eastern Europe but is reasonably scarce in the UK with most records from southern counties. It is pretty distinctive and one that I have hoped to see for a while. Any day with a new carabid genus is a good day. 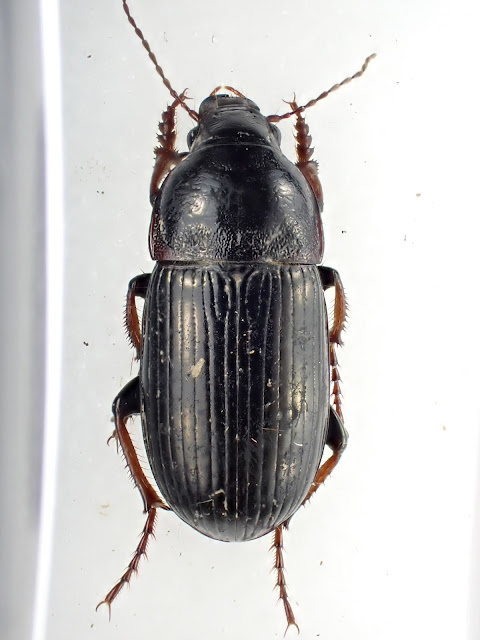 A second new species for me, came in the form of Cryptorhychus lapathi. This is a large and distinctive weevil from a whole new subfamily, Cryptorhynchinae. It is a bird dropping mimic and was found on a small decaying twig of a Salix sp. Another one that I had been on the look out for for a while. Despite extensive searching I failed to find any more. 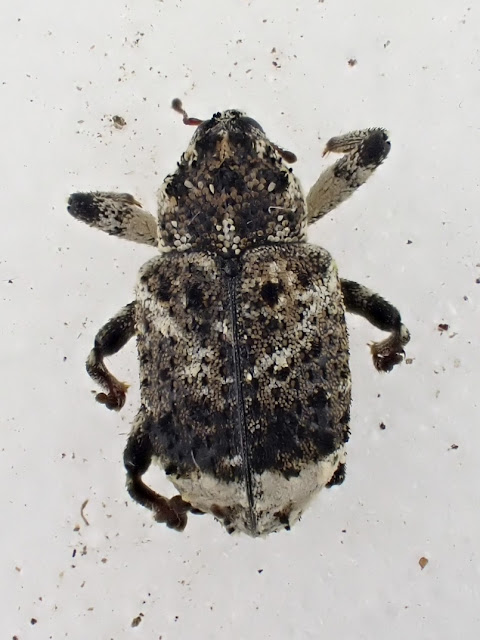 So despite no longhorns it turned out to have been a pretty good couple of hours out and I shall be back in a week or so in the sunshine to see what else I can find.
The blog post title comes from another track from Kae Tempest's latest album. All the tracks are good but this one especially so. This is a version from last week's Glastobury. Enjoy.
Posted by martinf at 6:57 PM