A trip into Suffolk today was hard work. The change in weather and cooler temperatures meant that beetles were few and far between. Sheep dung ended up being the most productive with five species of Aphodius beetle.

To compensate I found three species of hemiptera that were new for me. There were lots more that were almost certainly new for me but I decided not to collect any of the myriad groundbugs that the suction sampler was pulling from the heath.

First up was this brute which I think is Alydus calcaratus, the sole UK representative of the Alydidae. The larvae apparently look a bit like ants. 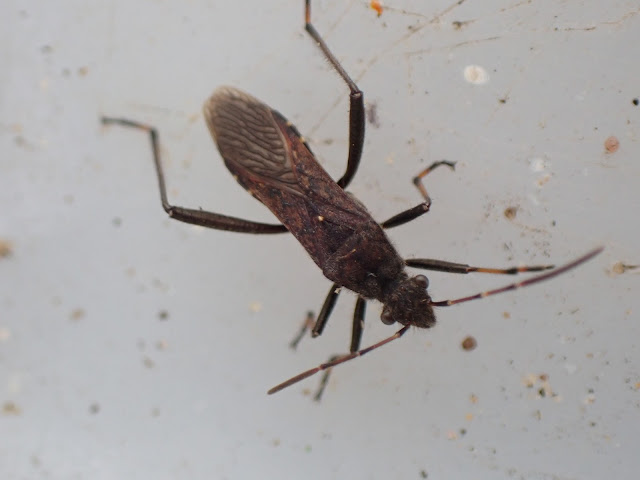 Second was this Rhombic Leatherbug Syromastus rhombeus. A species that I think is spreading northwards a bit. 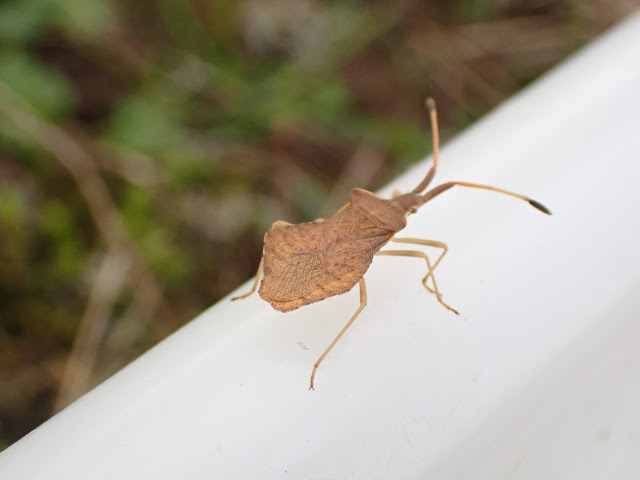 Finally, this tiny lacebug which I think is Acalypta parvula. A really rather lovely looking thing with the most amazingly sculptured body. Would love to know why! 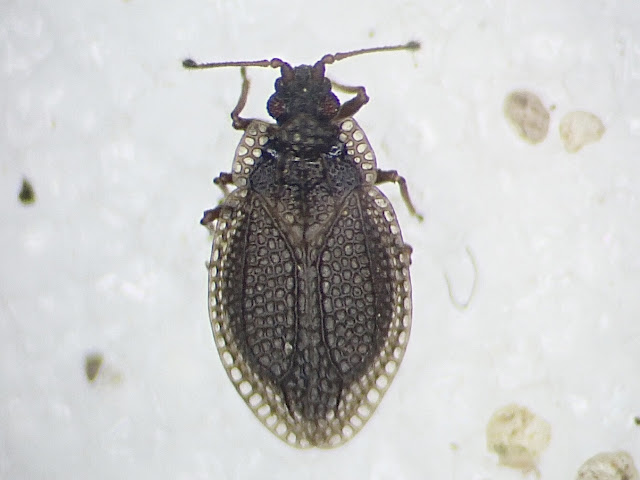