Through the years of decay we walk like tigers in cages

In the last post I mentioned that I had had a particularly good moth trapping session on Wednesday evening. Well in retrospect, moth-wise it was OK but one particular individual made the entire session stand out.

The moth in question was new for the garden but it wasn't a lifer, it wasn't even a UK tick but I hadn't seen one in this country for almost 40 years.

It's a big and spectacular moth and is the poster boy for moth declines across the UK (down 92% since 1968!). I am of course talking about the magnificent Garden Tiger. 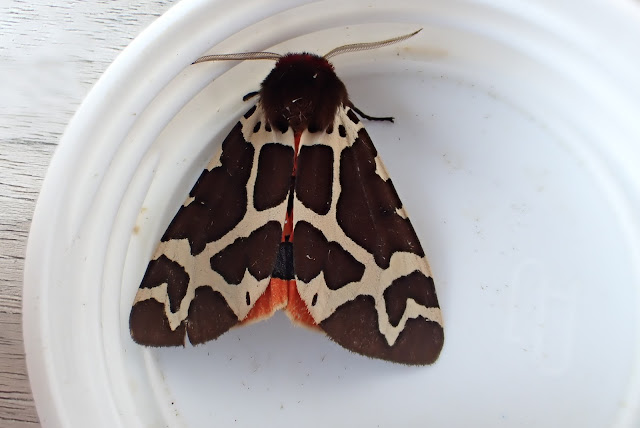 I was absolutely bowled over when I turned the egg box to see it. They are still regular in a lot of places including up the road at Wicken Fen but I'd not connected with one since I was a kid and I hadnt expected one to turn up in the garden.
The other trapping highlights were all beetle in nature and were all attracted to actinic as opposed MV. First up was this staph. I knew I hadn't seen this before but it is in fact a variation on a common species that I get regularly at the trap, Philonthus quisquiliarius. They are normally all black but this is var. inquinatus where 3/4 of the elytra are red. 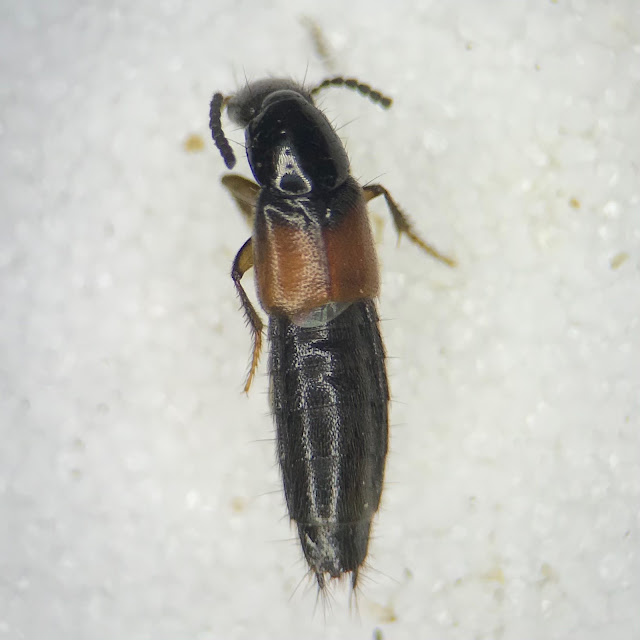 Completely new was this tacyporinid, Cilea silphoides. It's a species associated with decaying organic material and reasonably common but often overlooked. It's also a very smart looking thing. 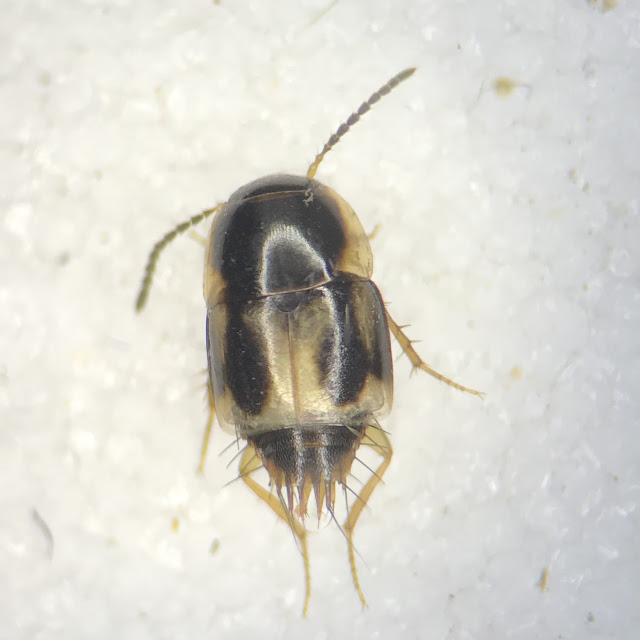 I also caught another species that had me going round the houses. I was convinced I had one of the Ciidae which are renowned for being a bit of a bugger to ID, and I just couldn't get anywhere with it in the key. Thankfully Andy S came to the rescue and pointed out that I had the wrong family and this was in fact Sphindus dubius and was from a whole new family for me, Sphindidae. These are usually found tucking into slime moulds and the like. 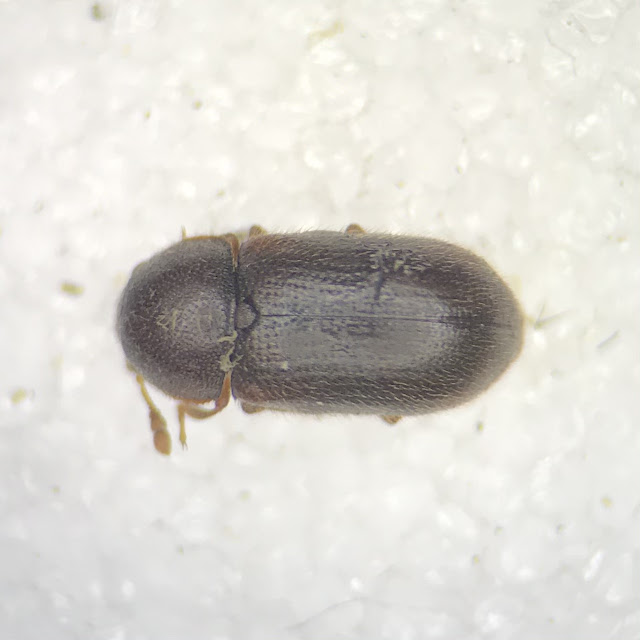 Finally, whilst setting up the trap and drinking wine, this small beetle flew in and landed on my glass. Fairly nondescript it turned out to be a mycetophagid and a synanthropic one to boot, Typhaea stercorea. 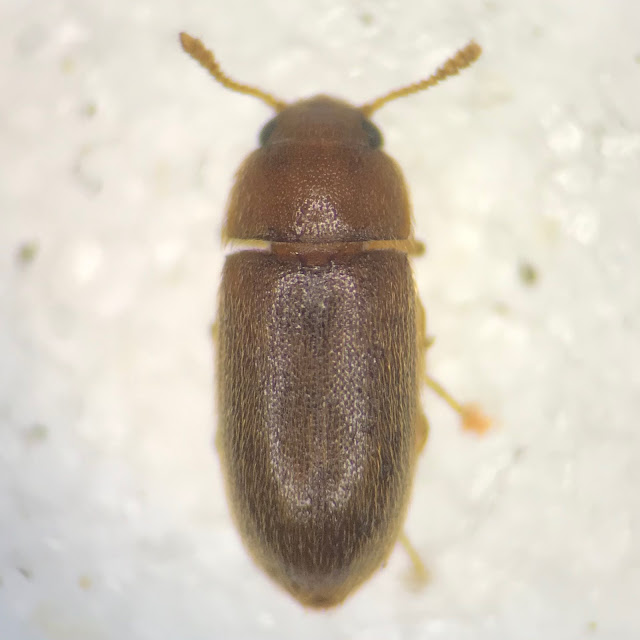 I seem to get quite a few of these 'pest' species in my garden, God knows what that says about my house and how I keep it.
Post title inspiration is the opening line from this rather understated and lovely NMA song.
Posted by martinf at 5:22 PM