Finally, it happened to me.

After my previous failed attempt I found some decent patches of Clematis vitalba aka Old Man's Beard/Traveller's Joy today and stopped to have a look for signs of beetle feeding and emergence. It was by no means obvious on all of it, some patches that looked good had no signs that I could see but I did find one patch where some of the larger dead stems had lots of holes and I took some decent sized pieces home for a more thorough look. 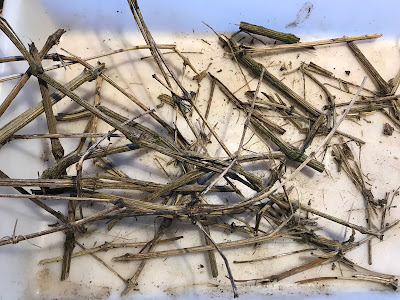 Breaking the stems apart in my tray revealed a couple of Cartodere bifasciata and quite a number of small spiders. After a while I noticed a couple of small cylindrical beetles walking about in the bottom and eventually found five live (and several dead) individuals of my quarry. 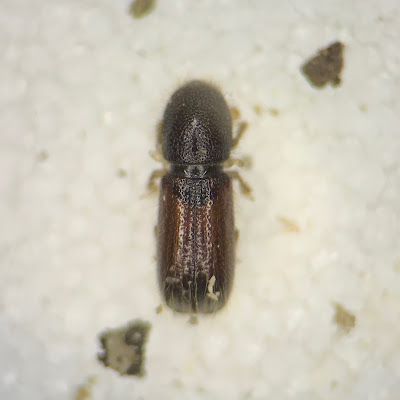 I was pleased to finally catch up with a live one after a couple of dead individual only encounters. I've been checking Clematis vitalba whenever I see it and the presence of the beetle is very hit and miss. No easy and obvious way to predict if you'll find the signs or not. Some patches full of dead stems have no beetles. Odd. I wonder what they like.

I also turned up another individual of Leptophloeus clematidis, the Xylocleptes' predator, in the bits I collected which was nice to see again. 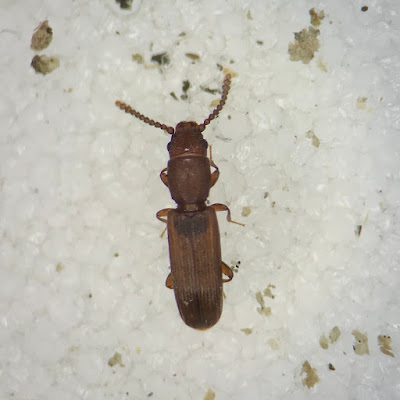 Also felt vaguely spring like too today. I saw a singing chaffinch and even heard snatches of a skylark's song. Not long now.... thank ****.

Post inspiration is a cover of the Cece Peniston classic, Finally by Bolton purveyors of americana, Cherry Ghost. One of those rare occasions where the cover may surpass the original.