Beetling away in the reeds

After my bit of water beetling at Wicken Fen I reverted to a more familiar method of finding beetles. Sieving. In this case, sieving piles of reed cuttings that are produced from the management of the fen.
This piles of rotting vegetation are an amazing beetling resource, especially through the winter months as the temperature is usually a few degrees above ambient and they also offer a safe refuge from fluctuating water levels.

First up was this Agonum species. It has a hairy 3rd antennal segment which puts it in the subgenus Europhilus. 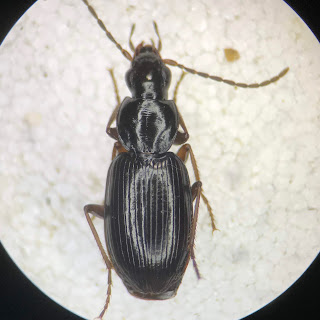 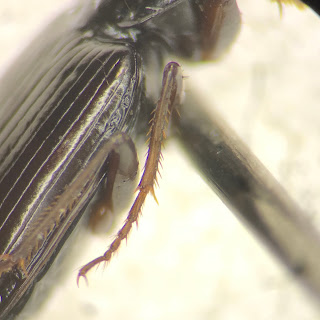 not too sure on wing length though. But appears to be the dark form (var. puellum) of A. thoreyi. A rather common beetle of damp leaf litter on water margins. 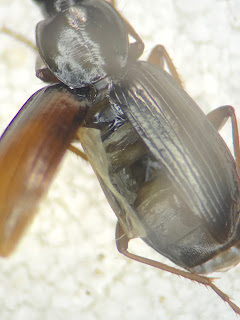 Also found this Bembidion in the same reed pile. It keyed relatively easily to B. clarkii which was new for me. In the last of the three pictures you can just about make out the difference between the heavily microsculptured head and much smoother and shinier pronotum. Tiny too at only 3.7mm. 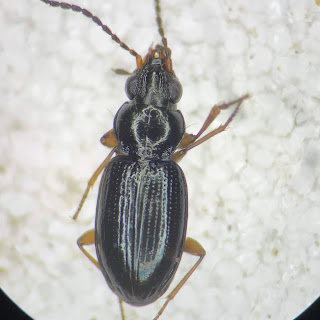 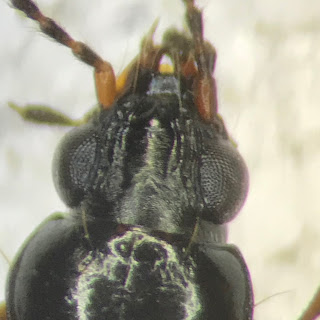 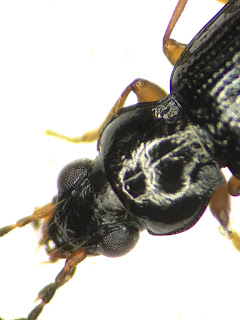 And finally one of the Anthicidae - the ant-like flower beetles. The rather lovely Anthicus antherinus.
There is a key by Telnov to UK species here. Another species, Microhoria terminata was recently added to the UK fauna from a single record in Shropshire, Mike Hackston's key now includes this species. 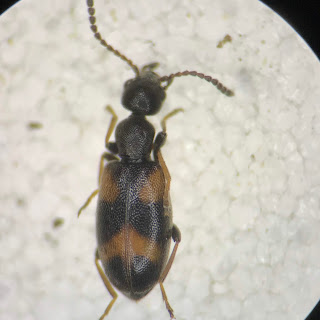