They talk of days for which they sit and wait

It's the end of 2021. That came quickly!
I've not posted much recently despite meaning to write about some of the trips I've done this year looking for beetles. The last week or so I've been knocked down by some horrendous lurgy, although not Covid as all the tests have told me, I've had no energy, a hacking cough and aching joints. Pretty rubbish really.
Anyway, feel I might be on the mend now so time for a post before year's end but one that won't be laying down any gauntlets for my future self as they never quite pan out as expected. My beetling has continued apace again although in a different and more varied way from 2020. I visited several new habitats and managed some intense patches of beetling but I've definitely been more focused.
I've now seen and identified about 950 species in the UK. I thought I might get to the big 1K this year but the final quarter of the year has been busy with other stuff so that hasn't happened but will do soon.
So I'll keep going in 2022 and have a few things planned; beetles I want to see and places I want to visit.
But before all that I just wanted to get down in blog form, a trip that I did earlier in the year. And also to remind me that warmer days are on their way again,
Back in June I had a day trip to coastal Essex to visit the RSPB reserve at Wallasea. This reserve was created when three million tonnes of earth were brought by boat from the tunnels and shafts created by the Crossrail scheme in London. This meant that the land was raised above sea level and the soil was laid down in a way that created a new 115-hectare intertidal area of saltmarsh, islands and mudflats.
Driving out there definitely gives you that feeling of heading through bandit country towards the edge of the world. The sun was hot, the reserve was quiet and the number of birds was staggering. 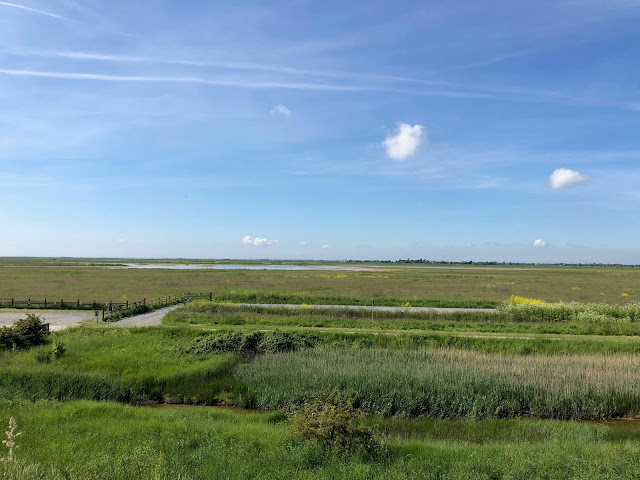 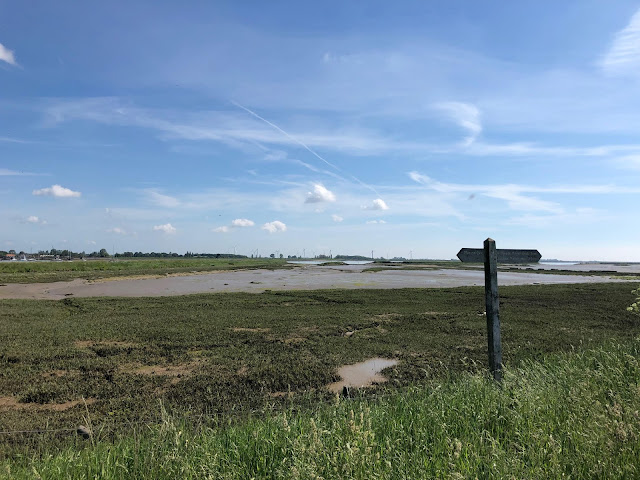 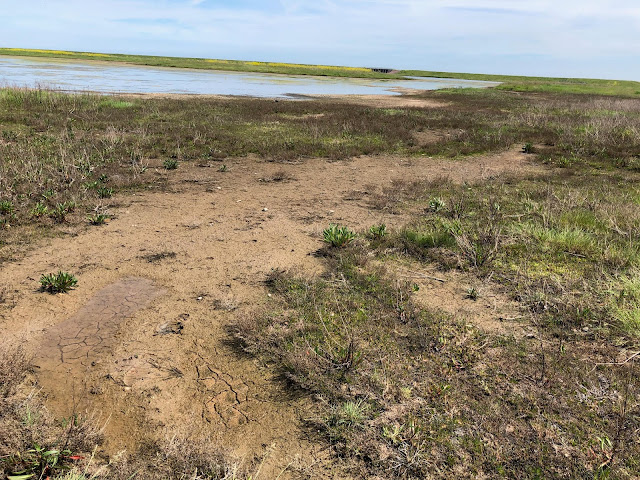 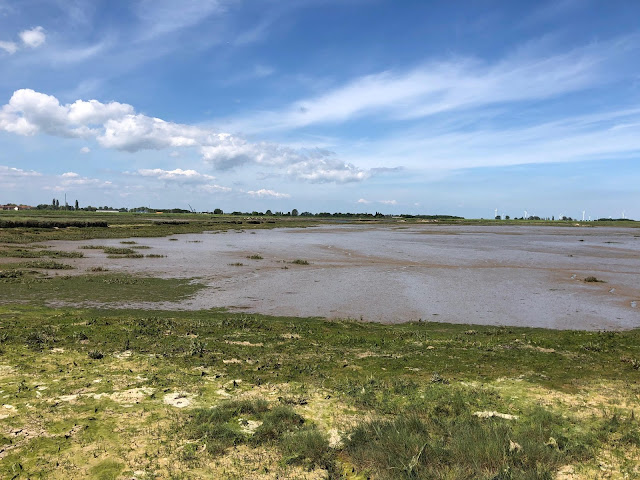 I was there to help survey various parts of the reserve and we ended up sampling several subtly different habitats, yielding lots of new beetles for me.
Sweeping the verge-side vegetation around the car park and especially targeting sea beet turned up the wonderfully odd weevil Lixus scabricollis. Discovered new to Britain in 1987 at a site in West Kent it has now spread to several sites in the south. One of those species that drops as soon as you get anywhere near it. 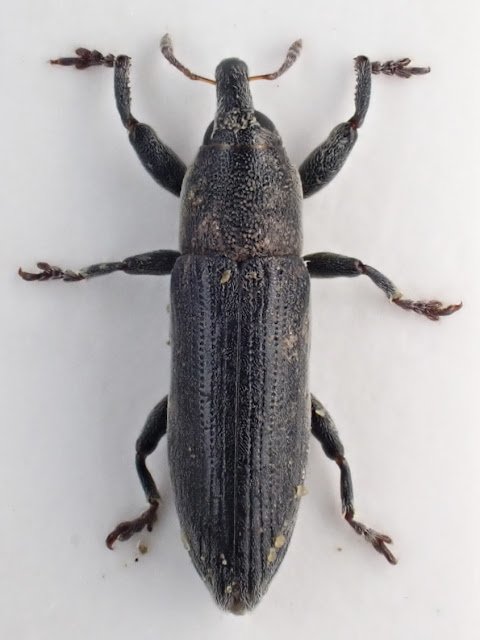 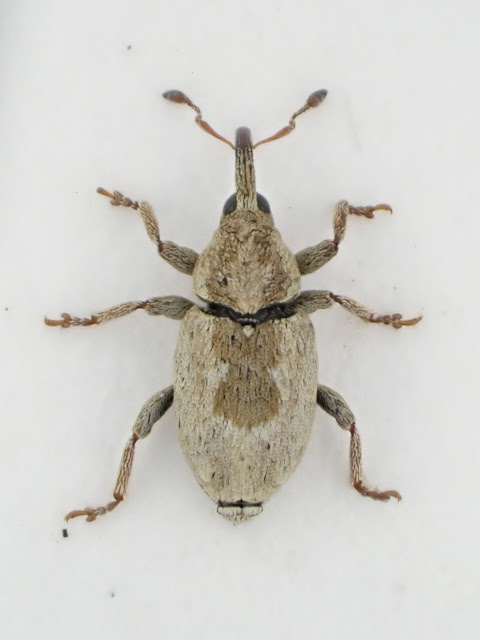 There were lots of Anthicid beetles running around on the bare mud on the salt marsh pretty much everywhere we looked. The less frequent of the two species found was Cordicollis instabilis, the males being easy to identify in the field with their splayed tibia and rather square heads. 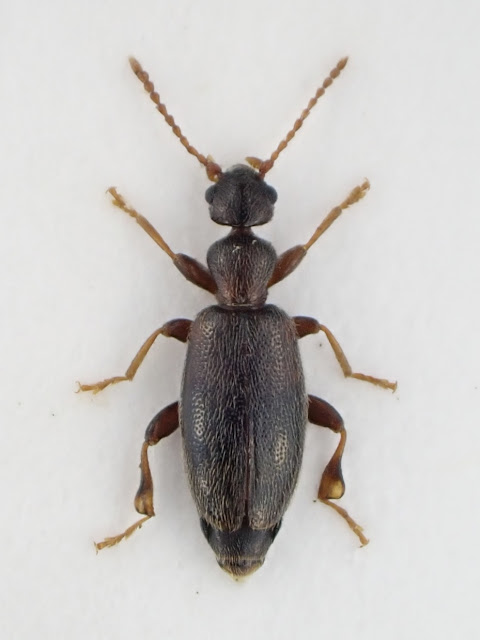 The more common species was Cyclodinus constrictus which must have been present in the thousands given how many I saw whilst down on my hands and knees. The elytra have 4 pale reddish spots that aren't always so obvious especially in the field. 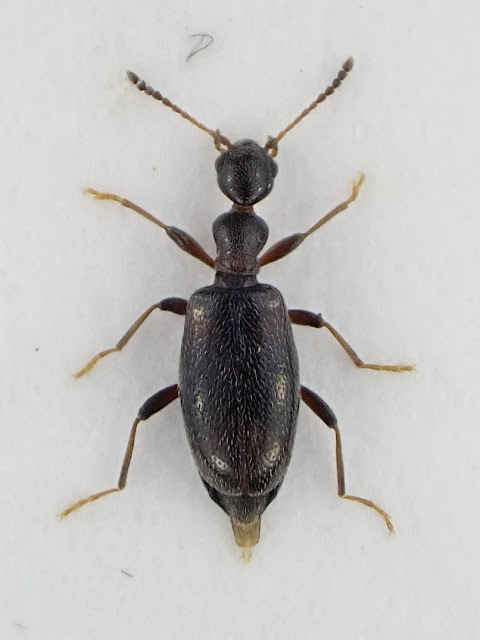 I finally got to see Bombadier beetles Brachinus crepitans for only the second time, after seeing them on my first ever beetling trip out back in 2014. They were bigger than I had remembered and varied a bit in elytra colour too. 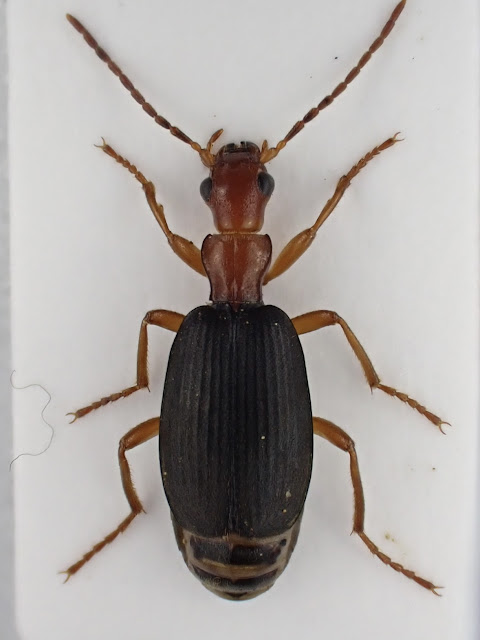 This weevil caused me some head scratching but at 4.2mm and with deeply forked scales on the elytra and femora I assumed it must be a very pale Hypera postica, which was then happily confirmed by Mark Gurney. I'm getting to quite like weevils now and am even getting through the apions..... 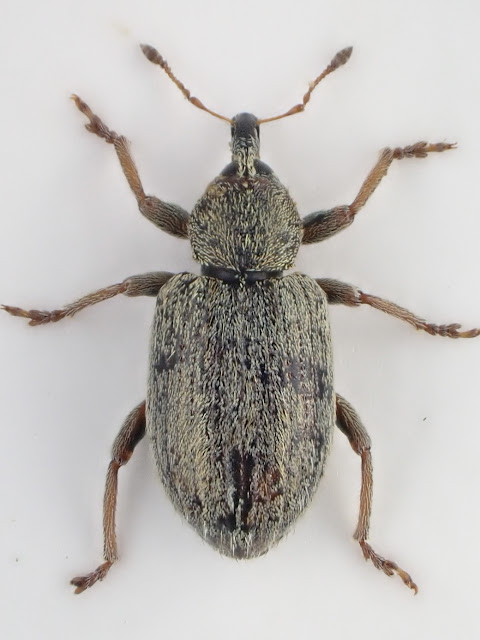 I don't find pselaphids very often so it's always pleasing to do so especially when it's a whole new genus. There were several of these Brachygluta suctioned from amongst the saltmarsh vegetation. With it's tibia spurs making this one a male and a modification to the 1st visible tergite plus long hairs on the head this keyed (with a bit of help) to B. helferi unsurprisingly a saltmatsh specialist. 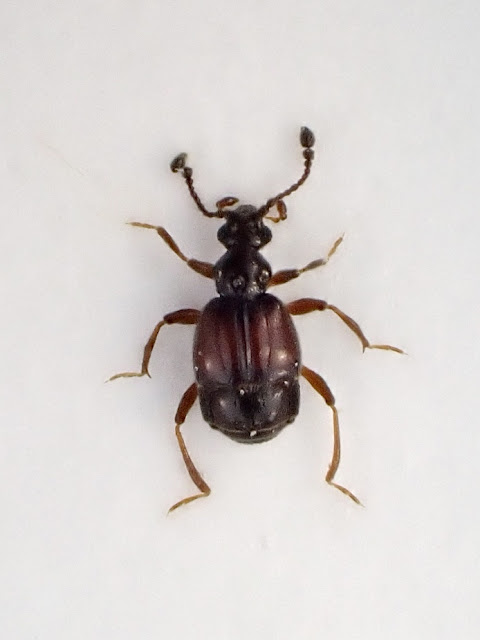 A new Quedius for me in the shape of Q. schatzmayri, and in the subgenus Raphirus with the big eyes and indented labrum. Aedeagus is distinctive too. Staphs really are the best beetles 😀 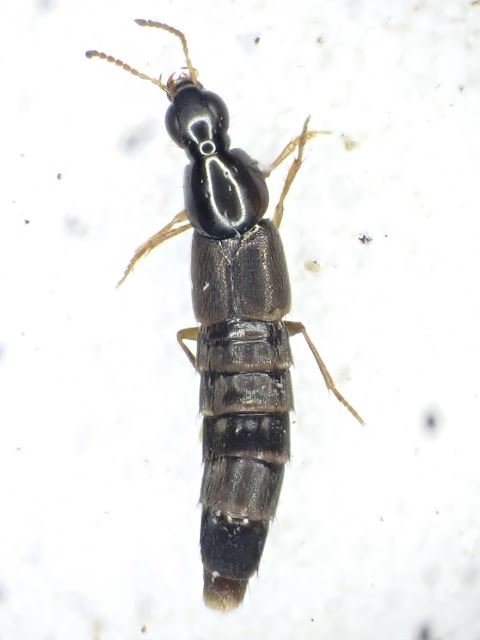 I also managed a new species of Bembidion from the mud and in between the numerous Tachys scutellaris. This one is Bembidion ephippium and is pretty distinctively colored. I also found B. normannum and B. minimum. 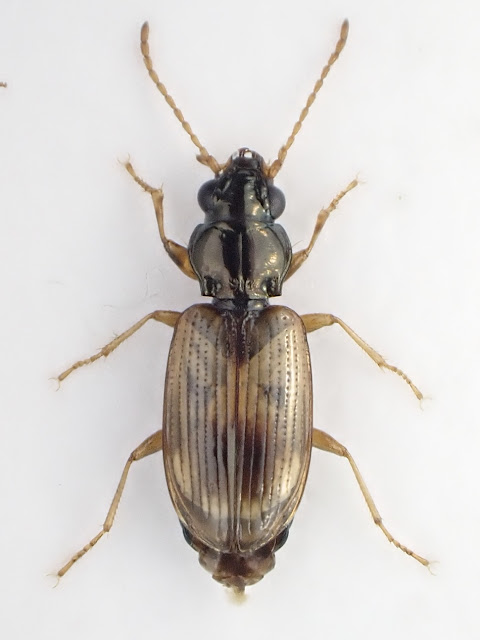 Finally, as this is just turning into one long photo montage, the muddy estuary edges yielded lots of male Bledius, in fact I didn't find a single female all day. When I got them home I found that they split into two distinctive groupings with both having the long pronotal projections. Having side by side comparisons made it so much more easier to get IDs. Left hand individual is Bledius frisius (formerly spectabilis (eg in Lott)) and on the right is Bledius spectabilis (formerly limicola) and the aedeagi backed me up. Confused? Yep, it's a bit of a head scratcher. 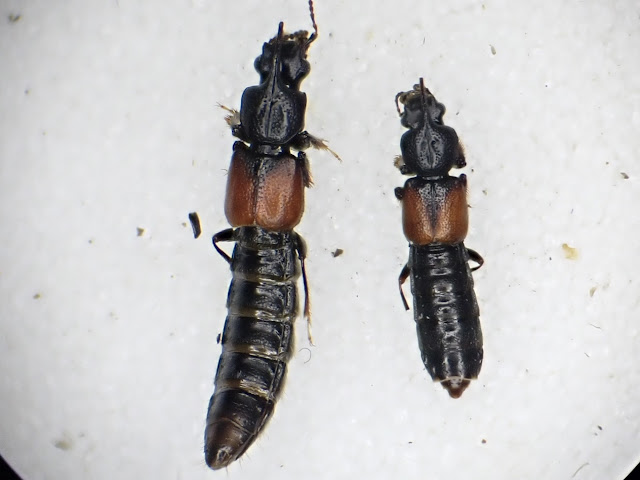 Right, enough of saltmarsh beetles. I may try and do another post from last summer next week but apart from that it'll all be 2022! To the tiny number of readers of this blog I wish you a very Happy New Year and may the coming year bring you everything you hope for.
The post title comes from my favourite Led Zeppelin song, Kashmir. My 13 year old son has independently (of me) just discovered them so I was taking a trip down memory lane today whilst making meatballs. Enjoy.
Posted by martinf at 6:30 PM