Over the eight hundred

A week of work and rain pretty much sums up the last few days. Natural history has been restricted to the garden but I did run the MV trap on Wednesday which was the warmest overnight temperature we've had so far this year. It yielded 55 species of moth and a few beetles. I took me a while to work through the moths and I was stuck on one particular individual micro.

I gave up and posted it on Facebook for some help. I quickly got some. Cydia inquinatana also known as the Scarce Maple Piercer. I went to look it up only to find it wasn't in my book which kind of helped explain my hitting a brick wall with it. Turns out the first authenticated record was in Suffolk in 2009 and it has been spreading since then with records from Wicken in VC29. So another dot on the map for this one and a new species for me and the garden.

Also in the trap was a whole new beetle species for me, and a nitulid to boot which would usually make me roll my eyes as they are usually not that easy but this one was a fairly simple affair. 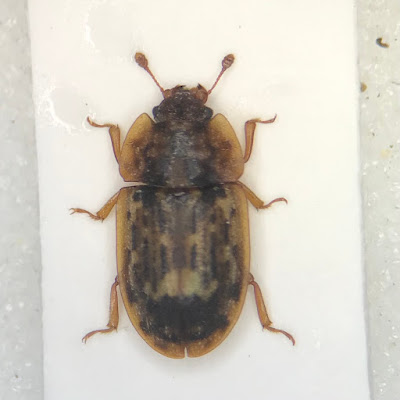 This is Soronia grisea, one of a couple of UK species that can be found at and use sap runs. They are widespread but not hugely common. Nice to see.

The only other natural history has been working through specimens from the last month - and there is a fair old number to get through. I imagine there will be a reasonable number of these posts documenting some of the many new species I have been finding. Totting up this afternoon I find I'm a good way north of 800 species now and there's still a lot more to ID and record.

So as nod to them that's coming, here's one from last week and a new genus for me too. Malthinus seriepunctatus 4mm and beaten from oak. 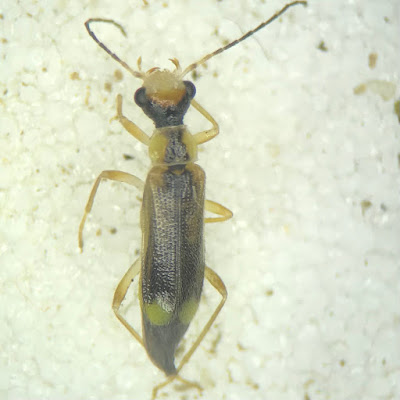