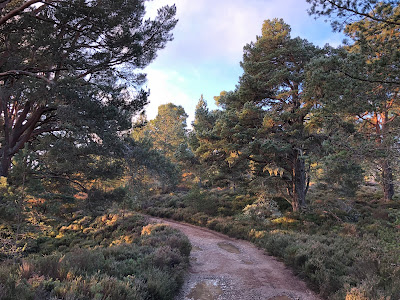 I've just returned from an absolutely glorious few days in Abernethy Forest in the Cairngorms. I was there back in the late spring and things this time were quite a bit different. We were mostly lucky with the weather but the clear skies meant plummeting temperatures. It did drop to below -7 degrees one night and it made getting up in the morning at the hunting lodge we were staying at all the more difficult! 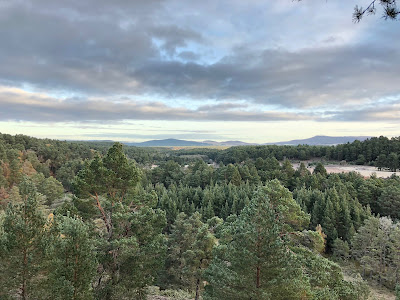 There was a good smattering of snow on the higher ground and hard frosts most mornings. I have to say I don't mind the cold when the air is as crisp as it was. It was exhilarating and the perfect antidote for the ongoing political clusterf*ck.


I was there to help on BBC Autumnwatch as a lot of the stuff was being filmed on RSPB land and we were there to support the local team. It involved long days but it was pretty magical and so no complaints from me. The weather more than made up for any tiredness. 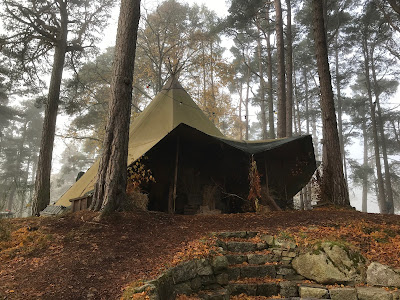 On Thursday morning I got up early and hiked up through the forest up the hill to where the trees thinned out. My feet were numb for the first wee while but  eventually got the blood flowing. It was spectacular with lots of ice and frost. 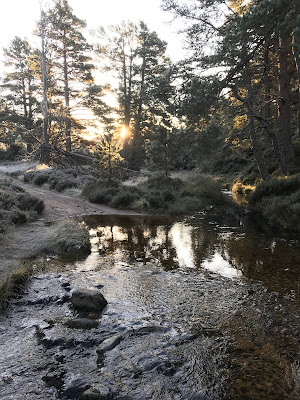 Even when the temp is around freezing things are flying. I first flushed two male Black Grouse from beside the track. They flew in a semi circle around me before landing further back down the track. I then noticed this moth on the wing. Appears to be an Epirrita species, but without a good look of its upperwing and genitals it will remain at genus level. 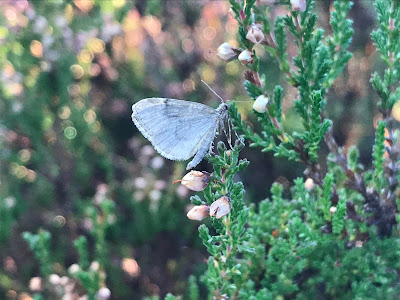 Beetling was hard going with very little reward for the time spent looking. I beat a lot of juniper bushes, figuring that some of the overwintering  adults would be holed up in here. Spiders....yes! Lots of spiders but very few beetles. A single Altica sp. and a few of these Stenus impressus, 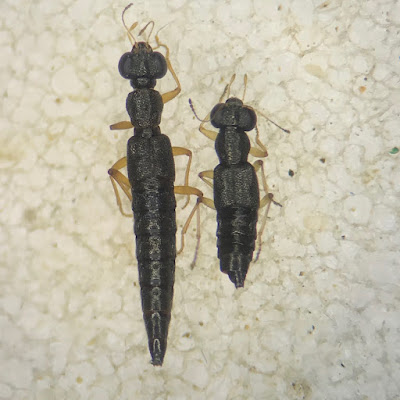 Loch Garten was looking fine in the winter light. This photo was taken on our first night just as we arrived. 10 mins later and we would have missed it. Calm as a mill pond with impressive clouds. Later in the week we came across people swimming across the lake!! Nuts! 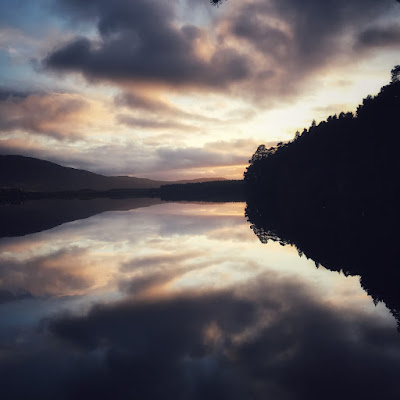 Looking through leaf litter and rotten logs I found a single Phosphuga atrata and a few of these weevils. Not one I had seen before and appear to be Rhyncolus ater which appear to be pretty much restricted to this part of the world with the odd record elsewhere. 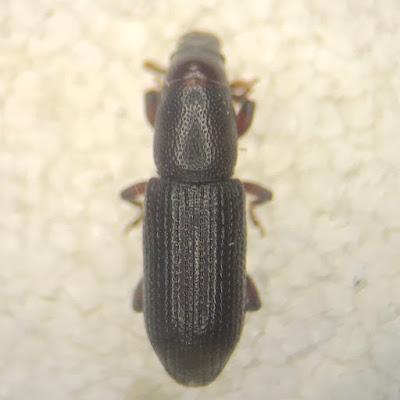 The only other staph I found was this Quedius lateralis.

At an 11 hours drive each way, you get to appreciate the distance of these isles. I do hope to get back at some point. Maybe even for WinterWatch in January. Who knows!
Posted by martinf at 7:10 PM